Heroes Wiki
Register
Don't have an account?
Sign In
Advertisement
in: Romance of the Three Kingdoms Heroes, Male, Military,
and 54 more

Loyal Warrior
Huang Gai (Chinese: 黃蓋) a supporting character in the 14th-century Chinese classic novel Romance of the Three Kingdoms by the late Luo Guanzhong, and its multiple adaptations. He is one of the generals of Sun Jian and Sun Quan.

Huang Gai was originally a descendant of Huang Zilian, but the family separated and his grandfather moved to Lingling County. Later on, the villagers have already died and Huang Gai lives is difficult, there are still great ambitions. Although Huang Gai is poor man who still often pays his own salary and studies military arts, but served as a county magistrate and later investigated as warlord and promoted to the government. In some point, Huang Gai is one of Sun Jian's famous vassals and in order to understand his faithfulness, agreeing that he will joined forces to fought with the Yellow Turbans and Dong Zhuo for the service of his lord. At the time, Huang Gai eventually defeated Zhang Jiao with his armies, Sun Jian's forces is expressed pleased as Yuan Shu's minions.

After their defeated Dong Zhuo in the Battle of Hulao Gate, Huang Gai spends some time to help his family and friends then instead wants to go to Xiangyang to bother them. While Huang Gai was going to accompany Sun Ce to resist Liu Biao, Sun Jian was killed after being ambush on the battlefield and several troops temporarily retreated. After Sun Jian dies, Huang Gai and Han Dang worshipped as much as they wanted to be subordinates of the warlord Yuan Shu, Sun Ce decided to replace his father as an elegant leader and Cheng Pu has always looked after them. However, Huang Gai was able to support his sincerity when he served Sun Ce, he remained loyal to the Sun family by following Sun Ce in his Jiangdong conquests.

Despite this, Huang Gai will soon be dismissed to meet Zhou Xin, he was extremely skilled in the battles between hillmen and Shanyue tribes. Huang Gai only when hopes to finish the gluttonous job for Sun Ce as he could aid each other with Sun Quan and his friends. Both should indeed have some convincing beliefs, where Huang Gai designated that he intends to choose two officials as his supporters. Today, Huang Gai and Sun Ce really want to come to their hometown together to work with civilians and Sun Quan is free to ask them for help. Ever since, Huang Gai was being able to decide that he is nominate the two officials to spotting works with guards in the office, he must needs to find a way to keep them from disappointment so never saw many notebooks.

At feared on while, Huang Gai knew that two officials has been involved in the banquet as he endeavor to execute them all with his outset. When Sun Ce attacked Huang Zu and Liu Xun on the Yangtze River, Huang Gai was appointed Acting Farm Colonel. Before Cao Cao arrived in the south, he might have to help Sun Quan to take over Xiakou. After Sun Ce's death, Sun Quan continued the war against Huang Zu and appointed Huang Gai, Colonel-in-Chief of Danyang. Later that years, then division commander under Zhou Yu, he participated in the Battle of Chibi and suggested the ploy of an incendiary attack on the Cao Cao fleet. Pretending to surrender, Huang Gai approached the ships close enough to set them on fire.

When he is helped by strong winds, the entire fleet of Cao Cao was inflamed, as well as his camps and the latter had to give up conquering the South. Skillful in training his men and never neglecting one of his tasks, Huang Gai was greatly admired by Sun Quan, who gave him the title of General of the Gentlemen of the House. Huang Gai is often served as prefect in the counties where the Shanyue tribes rebelled and each time he pacified the territory successfully, gaining the respect of his rivals. He was elevated to the rank of Lieutenant-General after defeating the Shanyue in Yiyang County. In all, he was assigned to nine counties, including Wuling, where he died of natural causes a few years after he taking over the office.

Huang Gai is a muscular veteran who never loses faith in his countrymen. With stamina that belies his age, he is a bold and confident general for Wu. A devoted vassal, he is considered to be an irreplaceable member of the Wu army. Much like Huang Zhong, he was known to make quips regarding younger warriors, but he is also encourages them to always act for the greater cause. Aside from Sun Ce, he gives tips to Zhou Tai on what it means to be a loyal servant.

Huang Gai in Romance of the Three Kingdoms. 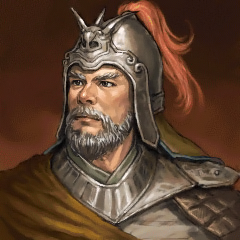 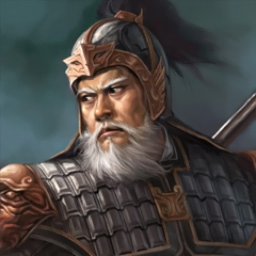 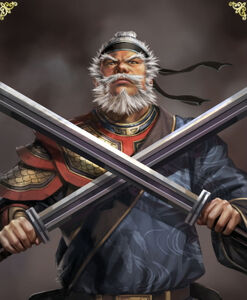 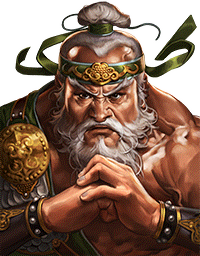 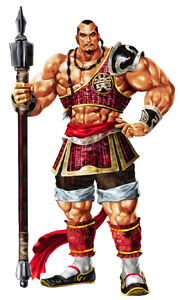 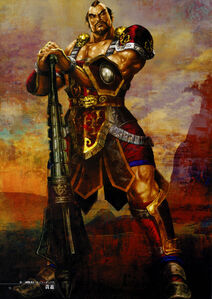 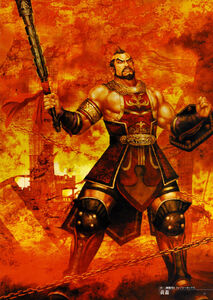 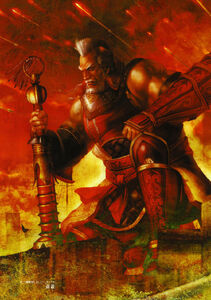 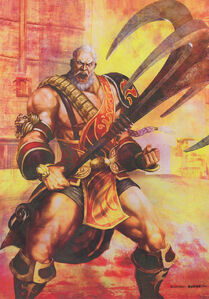 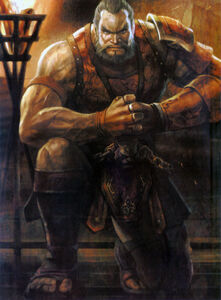 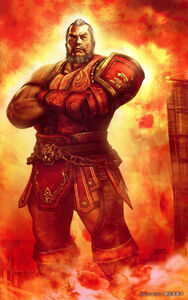 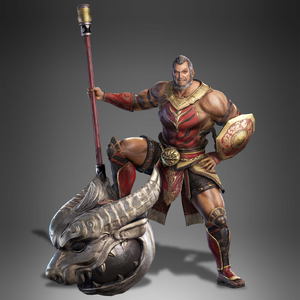 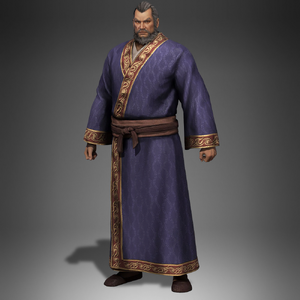 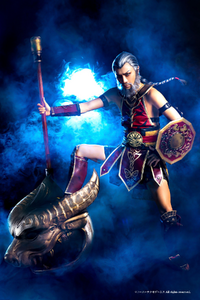 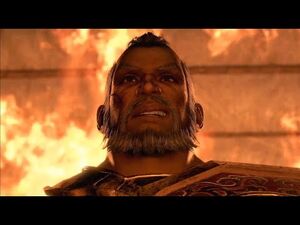 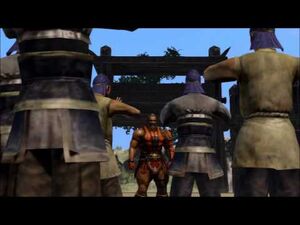 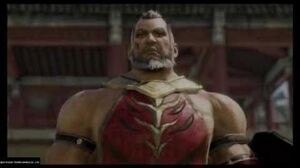 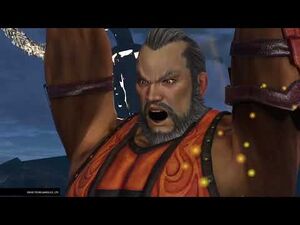