The Pebble and the Penguin

Hubie is the main protagonist of The Pebble and the Penguin. He's an Adelie Penguin with red winter hat and yellow scarf around his neck. He is in love with Marina and tries to find the perfect pebble for her. He also faces against his rival Drake, who also wants to be Marina's mate.

With the help of a rockhopper named Rocko, Hubie travels to return to Antartica and marries Marina.

He is voiced by Martin Short, who also voiced Stefano in Madagascar 3: Europe's Most Wanted and B.E.N. in Treasure Planet.

Hubie lives in Antarctica and daydreams of Marina, the most beautiful penguin in the rookery and wishes to marry her at the penguins full moon mating ceremony. He then encounters her, and they get to know each other. Hubie goes to get a pebble to impress Marina and win her heart, but gets usurped when trying to get a pebble, due to his clumsiness and due to other penguins looking for pebbles.

When Hubie makes a wish, an Emerald Cube lands at his feet, and Hubie mistakes it as a pebble and sees his wish came true, but his love rival Drake tries to steal it. When Hubie refuses to hand the pebble over, Drake sends him off an icy ledge into the sea, where he is nearly eaten by a leopard seal, before being swept away from Antarctica on a piece of iceberg.

After being asleep for three days, Hubie is found by humans, who put him on their ship Misery with the intent of sending him to a zoo. Fortunately, Hubie escapes with a rockhopper penguin named Rocko, who wishes to fly.

The duo have a run in with the leopard seal who Hubie previously encountered. They are then attacked by three killer whales, causing Hubie to get separated from Rocko and the pebble.

Believing that Rocko had died, a saddened Hubie continues his journey and finds Drake's tower where he sees Marina there as Drake had kidnapped her in order to force her to be his wife. Hubie uses martial arts (which Rocko taught him) to fight Drake and defeats him by knocking him off a stairwell.

Hubie is overjoyed when Marina accepts his marriage proposal and Rocko is revealed to have survived the killer whale attack. However, Drake bursts out of the stairwell and throws one of the stairs at Hubie. Fortunately, Hubie and Rocko dodge this. The tower begins to collapse and Drake is crushed by one of the tower's blocks. Rocko is able to fly and get Hubie and Marina to safety.

The trio arrive in time for the mating ceremony where Rocko gives Hubie the pebble. Hubie then gives the pebble to Marina, who says that she loves the pebble, but loves Hubie even more.

Hubie marries Marina and has children with her, who are taught to fly by Rocko. 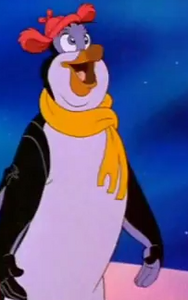 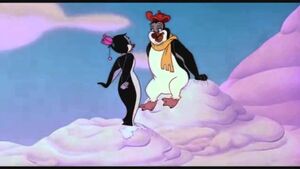 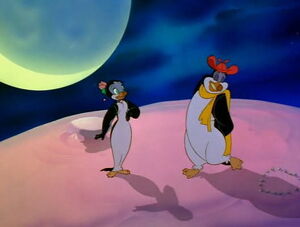 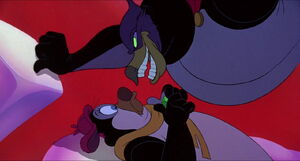 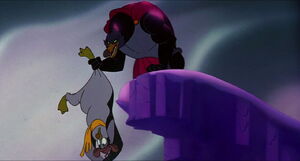 Drake preparing to send Hubie into the rapids 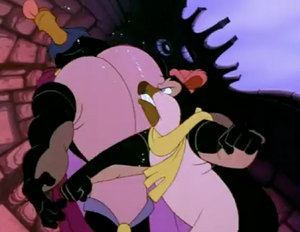 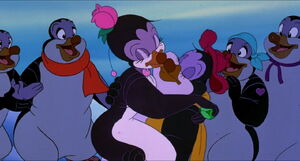 Hubie & Marina kiss
Add a photo to this gallery

Retrieved from "https://hero.fandom.com/wiki/Hubie?oldid=2137357"
Community content is available under CC-BY-SA unless otherwise noted.