Huckleberry "Huck" Hound is an anthropomorphic cartoon character, a blue dog that speaks with a Southern drawl and has a relaxed, sweet, and well-intentioned personality. He first appeared in the series The Huckleberry Hound Show. Huck's southern drawl and laid back mannerisms bear close resemblance to the character Southern Wolf in the MGM cartoons including those produced by William Hanna and Joseph Barbera.

He was Voiced by Daws Butler (Who also Voiced Yogi Bear, Hokey Wolf, Wally Gator, Quick-Draw McGraw, Snooper and Blabber Dixie, Mr. Jinks, Scooby-Dum, Reddy, Augie Doggie, Peter Potamus, Baba Looey, Lippy the Lion, Elroy Jetson and Peter Perfect) in the Series and other Series he appeared in until he died in 1988. Greg Burson took over after Butler's death. Huck was voiced by Greg Berg in Yo Yogi! and Billy West in the Wacky Races reboot. 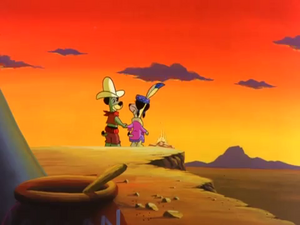 Huck hanging out with Desert Flower in The Good, the Bad, and Huckleberry Hound 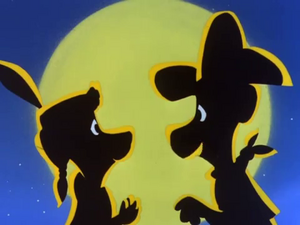 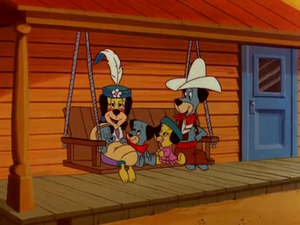 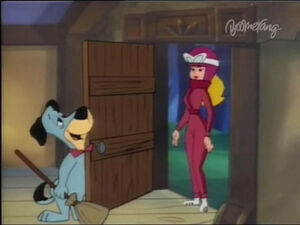 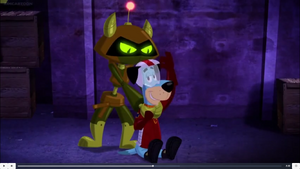 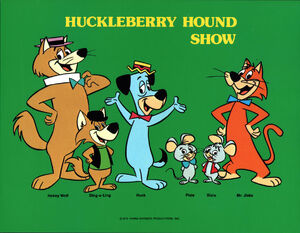 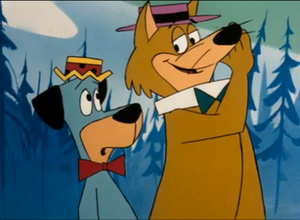 Add a photo to this gallery
Retrieved from "https://hero.fandom.com/wiki/Huckleberry_Hound?oldid=1541133"
Community content is available under CC-BY-SA unless otherwise noted.