Note: This is the Reboot version of Humungousaur, For his Prime Counterpart, See Here

No information
Humungousaur is one of Ben Tennyson's alien egos from Ben 10 Reboot.

He resembling his original form with the spines he develops while enlarged from Alien Force and Ultimate Humungousaur's tail mace.

Humongousaur can create sonic blasts by slamming his tail mace down.

Ben gets frustrated when the Omnitrix reboot for 5 days. But, when it got done, Ben got 3 New Aliens; Slapback, Rath & Humungousaur (Which replaced Grey Matter, Overflow and Wildvine which are now off the playlist with Upgrade).

He first appear in This One Goes to 11. 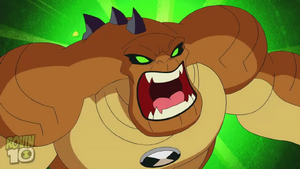 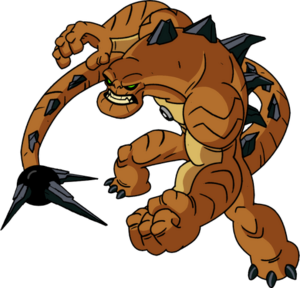 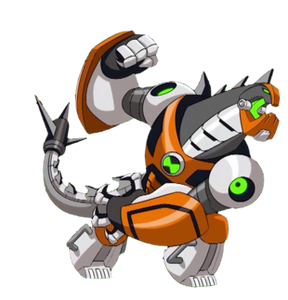 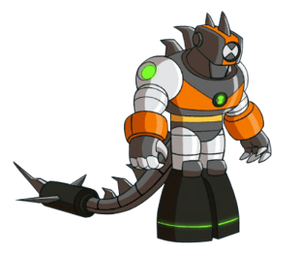 Retrieved from "https://hero.fandom.com/wiki/Humungousaur_(2016_series)?oldid=2273689"
Community content is available under CC-BY-SA unless otherwise noted.