Hungary is a main supporting character from the Hetalia series. Her human name is Elizaveta Hedervary.

She is voiced by Luci Christian in the English version and by Michiko Neya in the Japanese version.

Hungary has green eyes with honey brown hair. As a child her hair was shoulder length and kept in a pony tail. As an adult, her hair is waist length and she even wears an orange flowered hair-clip. While under the rule of Austria she was dressed in maid outfits. During World War II she wore military outfits. After the war and clear up to Present Day she wears simple casual dresses.

Hungary is a tomboy. As a child, she was once a nomadic girl who thought was a boy and was picked on by Turkey (Ottoman Empire) and Mongolia. She used to pick on Austria for being weaker than her but she eventually warmed up to him and even became fond of him since he is the only one who treats her with respect. Since childhood she was rivals with Prussia and clear up to adulthood. Hungary is a very stronger fighter and she even uses a skillet as a weapon. Even though her and Austria are divorced, she still holds affection for him. She is also very religious that at one point God appeared to her and ask her to deliver his wrath on France by smacking France around with her skillet.

Hungary is a descendant of Hun and Magyar. As a child, Hungary loved fighting and was rivals with the child Prussia (Teutonic Knights). After Prussia discovered that Hungary was a girl, she settled down and moved in with Austria. She even protected Austria against Prussia. She and Austria became a couple and where eventually married (Austria-Hungary Empire). However their marriage only lasted for 50 years and where forced to divorce because of World War I. 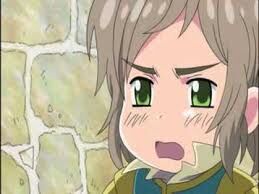 Hungary as a child 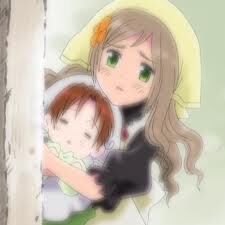 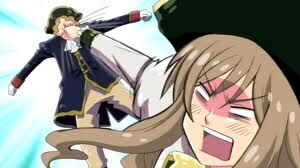 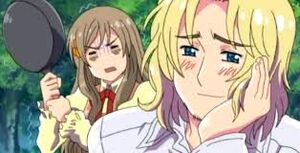 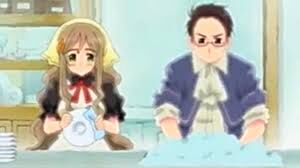 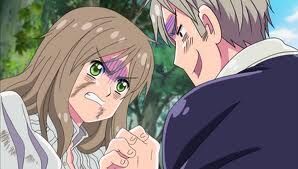 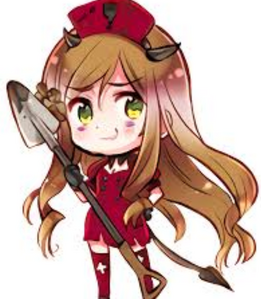 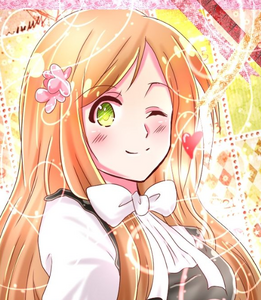 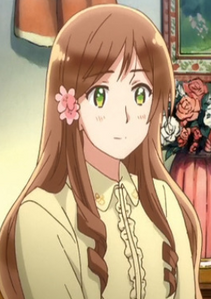 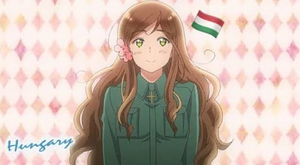 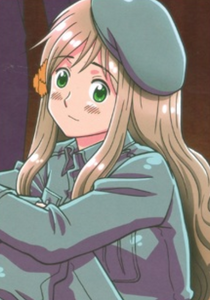 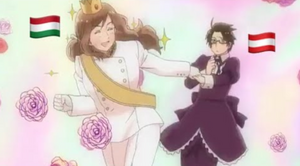 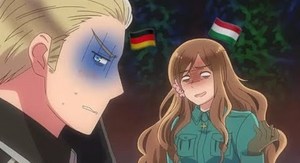 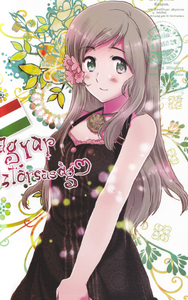 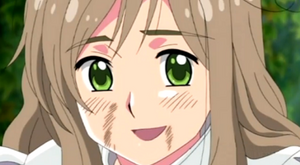 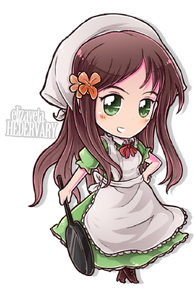 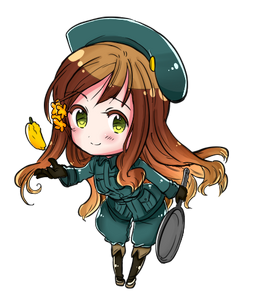 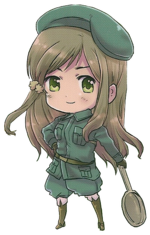