Husk (Paige Elisabeth Guthrie) is a fictional character from Marvel Comics. Guthrie is a superhero associated with the X-Men. Paige's religion is Baptist along with all her other family members.

A mutant, Husk has the ability to remove one layer of skin - or "husk" - revealing an epidermis of a different composition beneath. She often changes into metal or stone form, but can shift into a variety of substances.

Husk is from a Kentucky coal mining family and is the younger sister of the X-Men's Cannonball. Unlike her brother, Husk is self-conscious of being seen as a "hick" (Jubilee often called her 'hayseed'). As a member of the X-Men's 1990s-era junior team Generation X, she established herself as an overachiever. She later joined the X-Men. 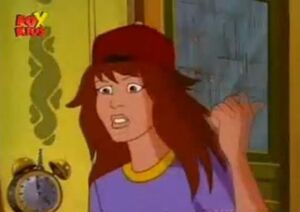