Hyena, known as Noah is one of supporting characters of Ginga Nagareboshi Gin and main character of Ginga Densetsu Noah. He was Sniper's cowardly lieutenant.

He was voiced by Shigeharu Matsuda.

He is a Weimaraner mix.

In GDN, he has scars.

Hyena eventually joins back up with the rest of the pack, and betrays Sniper. Hyena commits suicide trying to save Ben from Sniper. In the anime, he fell off the sheer cliff and ultimately met his end. In the manga, he survives the fall, but ends up being killed by Sniper after protecting Ben.

Sniper mentions Hyena and a flashback is shown retelling the events of Hyena saving Ben from drowning.

Hyena managed to get out of the river and pulled Ben on the ground, thus saving his life. However, Sniper got out of the river as well. Hyena finally spoke back to him and told him he had changed and refused to serve him anymore. Hyena didn't have enough fighting skills to defeat Sniper in a battle, so he decided to sacrifice himself by pushing both himself and Sniper back into the water. Sniper then kills Hyena by cutting his stomach open while they're underwater.

It's revealed that he had amnesia and change his name to Noah after found by his new owner. 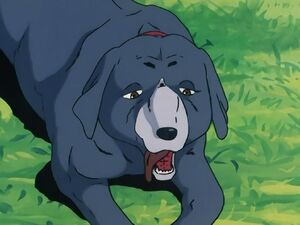 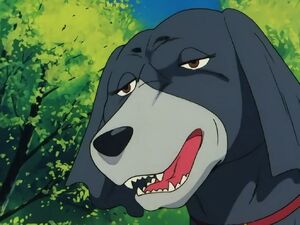 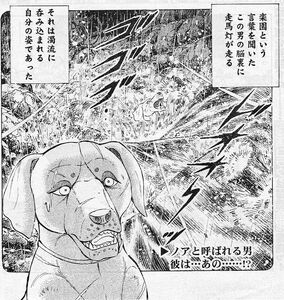 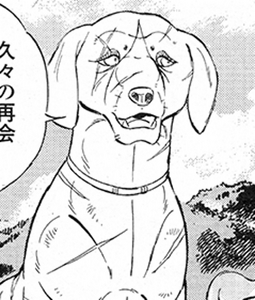 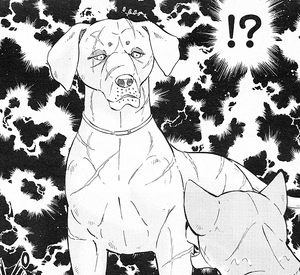 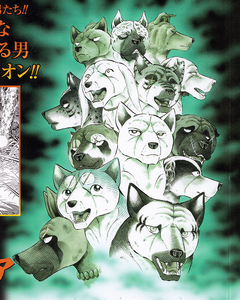 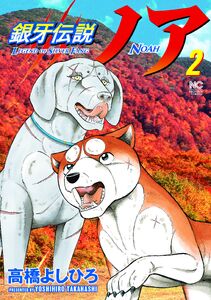 Retrieved from "https://hero.fandom.com/wiki/Hyena?oldid=1728720"
Community content is available under CC-BY-SA unless otherwise noted.