Hanging out with his brother, wielding magic

To find some magic left in the world and see his father again with his brother.

Iandore "Ian" Lightfoot is the main protagonist of the Disney/Pixar film Onward.

He is voiced by Tom Holland, who also portrays Spider-Man in the Marvel Cinematic Universe, Arvin Russell in The Devil All the Time, Cherry in the 2021 film of the same name, Todd Hewitt in Chaos Walking, and Nathan Drake in Uncharted, and voices Walter Beckett in Spies in Disguise and Jip in Dolittle.

Ian is a blue skinny elf with a red flannel shirt, blue jeans, and sneakers. He also has curly hair and long, pointy ears. He bears a resemblance to his late father, as he has his long nose, thick eyebrows, and skinny appearance.

Ian is a shy, awkward, yet funny teenager lacking in self-confidence for want of a father figure. He is sweet and determined with the best of intentions, but his lack of confidence and nervous energy trips him up more often than not. Ian is convinced that if only he had his father's guidance, his life wouldn’t be so complicated and messy.

On Ian's sixteenth birthday, he and his brother Barley receive a gift from their father Wilden who died of a severe illness shortly before Ian's birth: a magical staff, alongside a letter, a rare phoenix gem, and a guide to a "visitation spell" that can resurrect Wilden for a single day. Barley attempts to incant the spell to no avail, but Ian succeeds in doing so later that night. Due to Barley's interference, the spell is interrupted and only the lower half of Wilden's body is physically reformed. Resolving to fix their mistake, the brothers leave on a quest to acquire another phoenix gem in order to reattempt the spell.

Ian and Barley's first stop is the Manticore's Tavern, named for and run by a fearless adventurer who possesses a map to a phoenix gem. The tavern has become a mundane family restaurant and the Manticore Corey is its uptight manager. In an argument with the boys over the map, Corey realizes what she's become and drives the customers, out accidentally setting fire to the premises — and the map — in the process leaving the brothers with one clue on a kids' menu: Raven's Point.

Ian and Barley head to a mountainous area and follow the directions pointed by the beaks of the bird statues which lead to an underground river. For several minutes, riding in the river is smooth until they are met by dangers like arrows and flooding.

After surviving the troubles in the underground river, Ian and Barley reach the surface which, to their surprise, is their hometown. Thinking that the journey is a wild goose chase, Ian vents frustration at Barley before walking away with their father.

After their mother and Ian impale the Chaos Dragon twice, it explodes and is completely subdued. When the dust clears, Ian is trapped in rubble, but is able to see their father standing next to Barley yards away. Ian uses his magic to finally complete their father's body. After their father disappears into thin air, Ian is contented that they got to be with him on the journey. 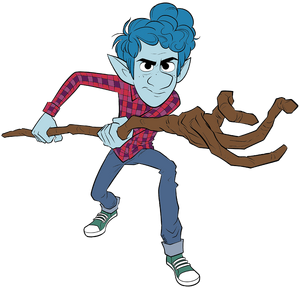 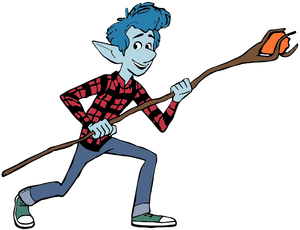 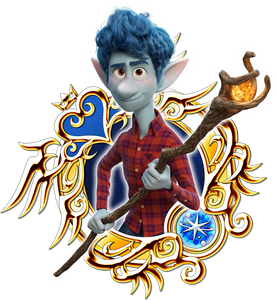 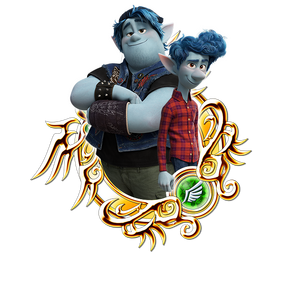 Retrieved from "https://hero.fandom.com/wiki/Ian_Lightfoot?oldid=2326399"
Community content is available under CC-BY-SA unless otherwise noted.