Ice Man (アイスマン Aisuman) is one of the first six (eight in Mega Man Powered Up) Robot Masters from the original Mega Man game. His weapon is the Ice Slasher.

He was built by Dr. Light to perform human-like things under extreme climate conditions and reprogrammed by Dr. Wily. This can be done due to the fact that he is impervious to chilling sub-zero temperatures. Contrary to popular belief, he is perfectly capable of functioning in hot environments, though he is less powerful there.

He is a playable character in Mega Man Powered Up. In that same game, he has a split personality; referring to himself as a soldier (in the first person) and as a commander (in the third person).

Ice Man appears in the episode Ice Age of the Ruby-Spears Mega Man Cartoon. Here, he was voiced by Terry Klassen, who also voiced Krillin in the Ocean Dub of Dragon Ball Z. He also made a cameo in the final issue of the Dreamwave Productions Mega Man comic book. Ice Man appears as a major character in the Archie Comics Mega Man series. In the comic, he was a Robot Master who was reprogrammed by Dr. Wily. Following his restoration, he went back to doing his original work and now helps out whenever he's needed. He also has a crush on Roll. 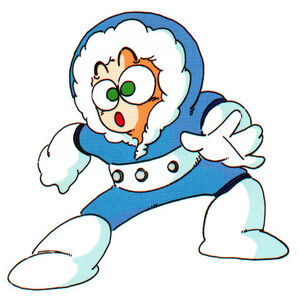 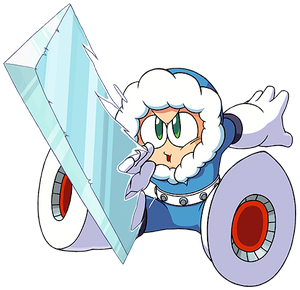 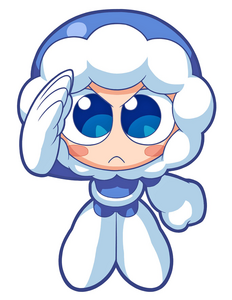 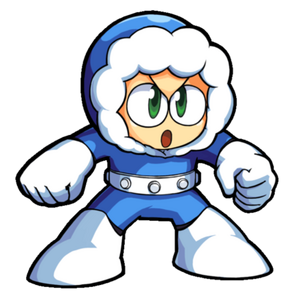 Ice Man in the Villains Wiki