Iceman (real name Robert Louis "Bobby" Drake) is a superhero from the X-Men series of comic books, movies, cartoons and video games owned by Marvel Comics, he is a somewhat troublesome student of Professor Xavier's School For Gifted Children but is nevertheless a loyal supporter of the ideals of the X-Men and will fight for what he thinks is right - however his recklessness can get himself and others into trouble.

In X-Men: The Animated Series, he is voiced by the late Denis Akiyama. In the live-action movies, he is portrayed by Shawn Ashmore, who also portrayed Jack Joyce in Quantum Break.

Iceman was created by the late Stan Lee and the late Jack Kirby.

Robert "Bobby" Drake was one of the first five students at Xaviers School for Gifted Children, as his powers manifested when he started to feel cold all the time. As he fist learned to develop his powers he could only cover himself in snow and not ice. Later as he continued to grow he was able to hone his skills and learn many interesting abilities. Xavier noted to Bobby that for a sixteen year old his reaction time and skills were great.

At first Bobby felt out of place because he was the team's youngest member. Today, Bobby displays expert control over his mutant ice projecting powers, and serves as an inspiration to the young mutants of the Xavier Institute for Higher Learning (as the School for Gifted Youngsters is now known). 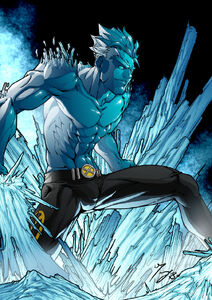 Iceman in the comics. 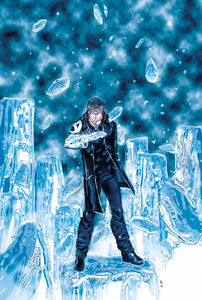 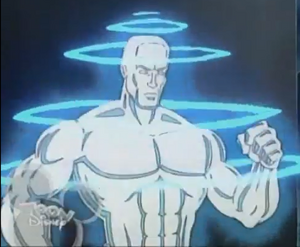 Iceman in the X-Men animated series 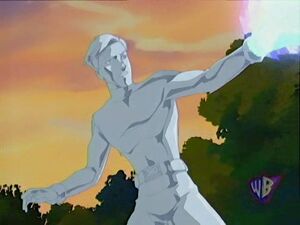 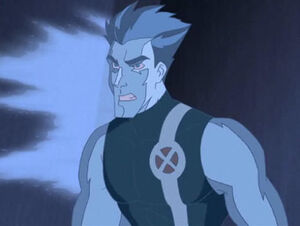 Iceman in Wolverine and the X-Men 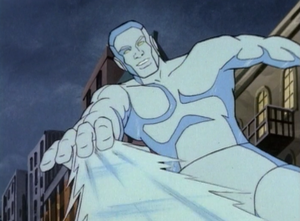 Iceman in Spider-Man and His Amazing Friends 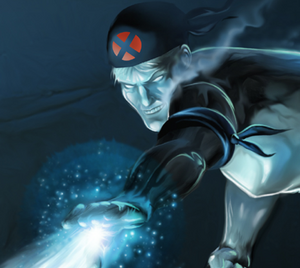 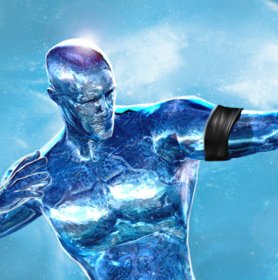 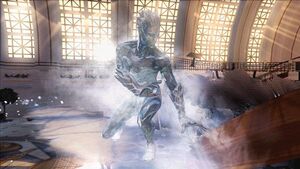 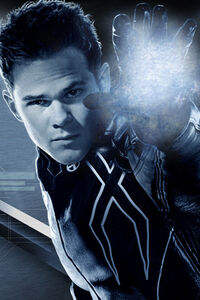 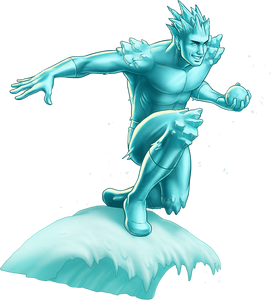 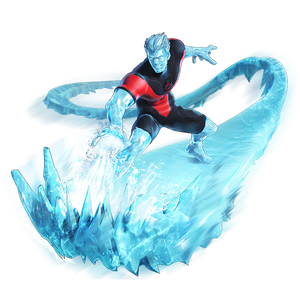 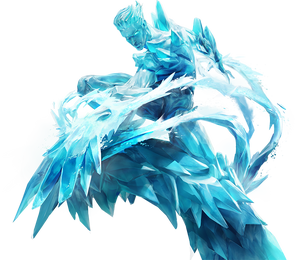 Iceman in Marvel Super War.
Add a photo to this gallery

Retrieved from "https://hero.fandom.com/wiki/Iceman?oldid=1948162"
Community content is available under CC-BY-SA unless otherwise noted.