Ichabod Crane is the main protagonist of Tim Burton's Sleepy Hollow. He is the main love Interest of Katrina Van Tassel.

When he was 4 years old, he had a good relationship with his mother and was entertained by her possible magic but he was sometimes scared of his father, a deeply pious man. The father accused the mother of being a witch and executed her, apparently to "save her soul". When Ichabod went into the torture room, he saw the iron maiden but was scared of it. He backed up but his hand got poked by metal spikes on a bladed chair. When the iron maiden opened, he found his mother dead.

Ichabod eventually grew up to become a New York City police constable and inventor. He is keen to use new methods to solve crimes (similar to those used in modern crime dramas), which frequently drives him to interfere with the methods of his superiors and fellow constables. He is skeptical about any paranormal elements, due to having lost his faith after his mother's death, coupled with his knowledge of science and criminology. 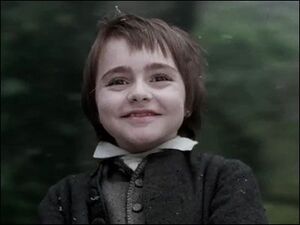 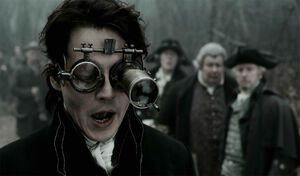