Darling in the FranXX

-Pistil of Delphinium
-Leader of plantation 13

Ichigo (イチゴ, Ichigo) is the former secondary antagonist, later one of the main protagonists of the DARLING in the FRANXX series. She is a Parasite with codename "015" of Thirteenth Plantation, where she is partnered in boy-girl pair with Goro to pilot a FRANXX called Delphinium.

Ichigo has a petite build and is the shortest among the parasites in Squad 13. She has soft green eyes. She has straight, razor-cut blue hair that mostly covers her right eye with a white hair clip holding back the bangs on her left side. She dons the standard Pistil Parasite uniform.

Ichigo is an honor student who is seen as a natural-born leader. Because of her high aptitude, she was chosen as Squad 13's Leader. While normally a very considerate and level-headed girl, her crush on Hiro impairs her judgment, especially as regards to his possible partnership with Zero Two. She initially hated the possibility of a stranger like Zero Two becoming Hiro's partner. One of her motivations for agreeing to be Hiro's partner in the training match was because she believes she should be the one to bring out his full potential.

As a leader though, she is reliable and very considerate and caring for her friends. She tries to see everything in a good light, even if she herself doesn't want to. She can also be encouraging towards her squadmates and insist that teamwork is important for all of them to survive. This is further emphasized when VIRM left earth and abandoned humanity; Ichigo becomes so dedicated to looking after the others and ensuring they have enough food, clean water, etc. for survival that she forgets to take care of herself, until she collapses outright in the fields. However, she is strongly emotional and has always been impulsive and driven by her feelings. She is forced between acting as a leader and her own feelings, such as knowingly putting Hiro's life on the line while also acknowledging he's needed, this strain of commanding weighs her down. She would initially let her personal feelings get to her head when in a crucial mission, only to reflect over it when being placed in a dangerous situation. She would think about her poor skills as a leader and blame herself for her putting her friends in danger. She also expresses her anxiety far more inside her FRANXX than she does outside of it, and is seen breaking down only to be supported by her FRANXX partner, Goro.

She is fiercely protective of Hiro since she has known him since childhood, and supports Hiro the best she can. She is not afraid to voice her own opinions and get people to follow her orders as a leader. She has been deemed by Zero Two on several occasions as "bossy". She is a straight-laced person but also always follows the orders she receives, and holds a deep respect for Papa. Despite her serious disposition, Ichigo is capable of giving some notably snippy remarks, as seen in her interactions with Nine Alpha. Ichigo feels that failure of any kind, no matter how justifiable, reflects laziness on her part. In Episode 09, it is seen that she tends to panic when the slightest thing goes wrong, which of itself leads to more things going wrong.

Over the series, Ichigo slowly learns to put Hiro's feelings and Squad 13's well-being before her own. She learns to accept and support Hiro and Zero Two's relationship, and become nicer to Zero Two to the point of considering her an integral part of Squad 13. She becomes just as fiercely protective of Hiro as the others. She also becomes a much better leader; she learns to see the big picture and not let her tunnel-visioned emotions consume her, making decisions that benefit the whole group rather than just Hiro or her designs for him, and she isn't as badly shaken when things go wrong. 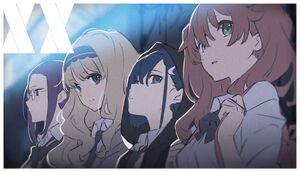 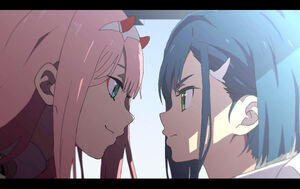 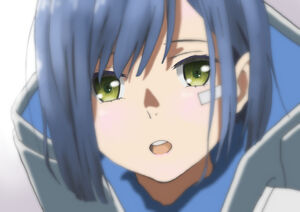 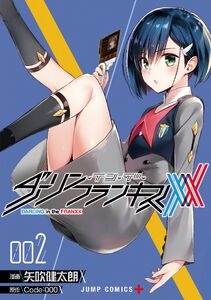 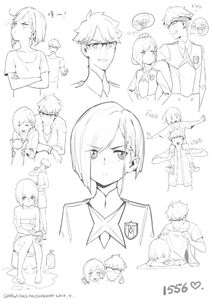 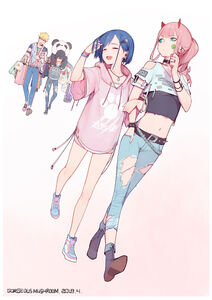 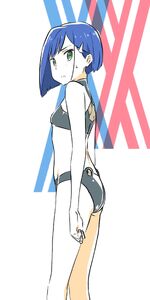 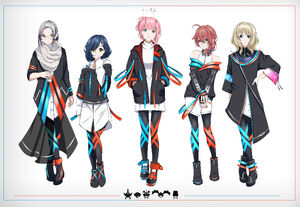 Retrieved from "https://hero.fandom.com/wiki/Ichigo_(Darling_in_the_Franxx)?oldid=1954443"
Community content is available under CC-BY-SA unless otherwise noted.