Ickis is the main protagonist, later deuteragonist of Aaahh!!! Real Monsters. He is a little purple rabbit-like monster. He has the ability to grow into gigantic size to scare people. His father became a well-known monster.

He is a red-violet monster with rabbit-like ears, lavender lips and yellow eyes, has a dress-like body and jester-like shoes. His eyes turns red and teeth turns sharp when he scares sometimes. 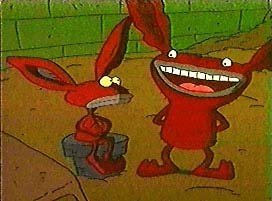 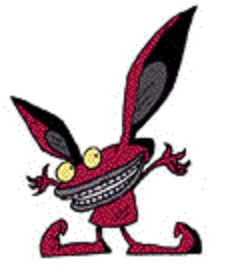 Retrieved from "https://hero.fandom.com/wiki/Ickis?oldid=1909301"
Community content is available under CC-BY-SA unless otherwise noted.