Spending time with his son Glenn

Comaedic Hero/Heroine
Ida Davis (formerly Daniel "Dan" Quagmire) is Glenn, Gary, and Brenda Quagmire's father, a Vietnam war hero pilot and ex husband of Mrs. Quagmire who Glenn claims to have been even more of a ladies man than he is.

In "Quagmire's Dad", Dan Quagmire arrives in town to be honored at the Officer's Club for his war service. When Glenn introduces Peter and Joe to him, Dan's dance to "These Boots Are Made for Walkin'" implies that Dan is a homosexual, much to his friends' chagrin. When Peter tells Glenn of his suspicion, he laughs it off and then defends his dad as a war hero. At the ball, Quagmire is soon bombarded by comments about his father's sexuality from fellow sailors. When Glenn confronts him, he reveals his feelings that he is a "woman trapped in a man's body", and came to Quahog wanting a sex change operation. Glenn was very concerned, but ultimately decided to support his father's decision.

After the operation takes place, the surgery is announced to be a success, with Dan Quagmire emerging as an "attractive" blonde woman now known as Ida Quagmire. At dinner with the Griffins that night, Ida reveals that she has no problems discussing the procedure. When her son shows his frustration at that, the two argue, leaving Ida to depart and stay at the hotel, where she meets Brian Griffin. The two bond, and end up having sex in her hotel room. When Peter and Lois find out, they are so shocked they begin to laugh. Meanwhile, Ida goes to Glenn to apologize, and when she tells him about her night, he becomes enraged that his father slept with his worst enemy. Glenn then beats Brian senseless, leaving him badly injured. Brian gets the last word, however, rubbing in Quagmire's face the fact that the intercourse did happen and slams the door shut.

Ida appears at the Griffin Home in "Thanksgiving" for dinner. Her son is still shown to feel uncomfortable around her, and interaction with Brian has become limited and awkward. When Kevin Swanson reveals that he ran away from the army Brian stands up for Kevin's choice and says the only one who could understand and support Kevin's choice was Ida. However, Ida did not support Kevin's choice to which Brian responds that Ida is just some dumb drag queen. Ida says the fact that Kevin abandoned his fellow soldiers was what was most unforgivable.

In "Quagmire and Meg", Quagmire says that his father is now "Ida Davis".

In "Valentine's Day in Quahog", Stewie gathers scores of Brian’s former dates including Ida to get to the bottom of why he’s unsuccessful in love. When Brian lashes back at the criticism, he notes that Ida still has bits of penis left.

A piece of stationary from the Marriott when Brian had sex with Ida plays a key part of Brian's defense of Mayor Adam West in "12 and a Half Angry Men".

Ida helps search for Glenn after he is kidnapped by Sonja in "Quagmire's Quagmire". 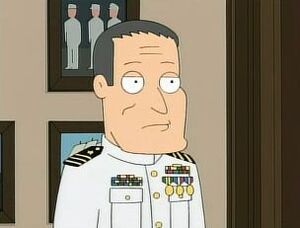 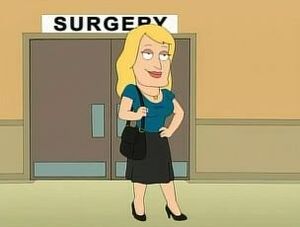 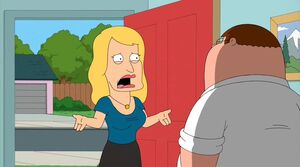 Ida Davis went to Griffin's house and spoke to Peter that he's worried about Quagmire's gone missing in "Quagmire's Quagmire". 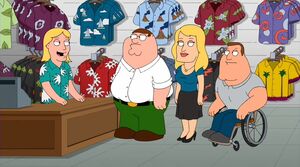 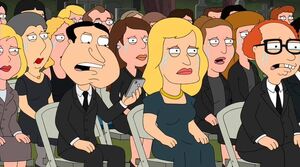 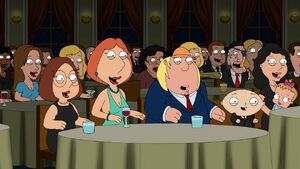 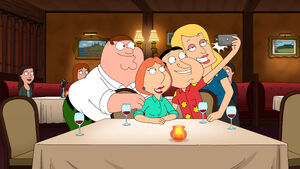 Ida and his friends taking a Selfie in "Hot-Pocket Dial". 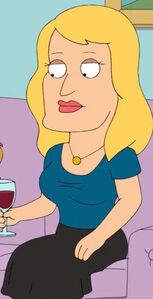 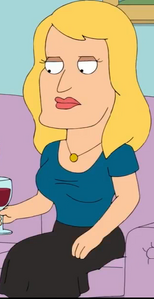 Ida was cross when Brian lashes at his criticism when he was told that "He still have bits of Penis left". 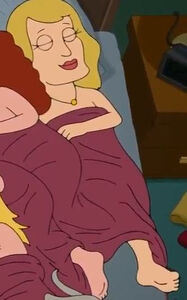 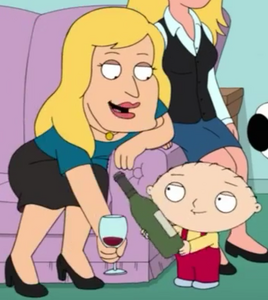 Ida wanted more wine on his glass from Stewie. 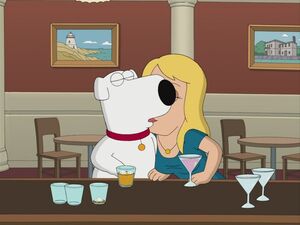 Ida meets Brian and kisses at the bar in "Quagmire's Dad".

Ida laughs with the other ex-girlfriends of Brian.

Ida Davis wishes that Brian's Ex-Girlfriends wanted to have a group talk every Saturday.

Ida Davis says that Brian is having a difficult time coming to terms with his own sexuality.

Ida Davis chasing after Brian with his Ex-Girlfriends. 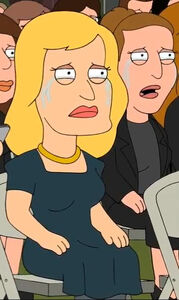 Ida Davis attends at Brian Griffin's funeral in "Life of Brian".
Add a photo to this gallery
Retrieved from "https://hero.fandom.com/wiki/Ida_Davis?oldid=1758421"
Community content is available under CC-BY-SA unless otherwise noted.