Training and preparing for the next mission.

Infiltrate and destroy the Dreamers (succeeded).
Crush the Rebellion.
Avenge Emperor Palpatine after the second Death Star's destruction.
Kill Luke Skywalker (all formerly).
Serve the Rebellion against the Empire (succeeded).

Iden Versio, call signed Inferno-One, is the main protagonist of both the Star Wars novel Battlefront II: Inferno Squad, and the story campaign for the 2017 video game Star Wars Battlefront II. Having been born and raised on a planet that prospered under Imperial rule, Iden Versio is a rabid pro-Empire fanatic, and is firmly dedicated to their cause. Iden believes that the Empire can and will bring order, and that the Rebellion is nothing more than a collection of terrorists and anarchists who would seek to ruin the Galaxy needlessly.

She is voiced by (and modeled facially after), Janina Gavankar, who also narrates the audiobook version of Iden's debut novel. Gavankar also voiced Amita in Far Cry 4.

Iden Versio grew up on the planet Vardos, a world that had actually prospered under Imperial rule. Her father was in fact an Admiral in the Empire and her mother an artist who designed propaganda posters for them, and so Iden was groomed to become a member of the Imperial war machine herself. Distinguishing herself in combat, piloting, and strategy, she became the commander of a small but elite team of Imperial special forces known as "Inferno Squad" after the Battle of Yavin that saw the destruction of the Death Star. One of Inferno Squad's first assigned missions was the destruction of the remnants of Saw Gerrera's Partisans known as "The Dreamers". The mission was to infiltrate the Dreamers, pretend to be prospective members, and then kill them once they'd gained the Dreamer's trust. In this, the members of Inferno Squad were all-too successful.

Later, during the Battle of Endor in 4 ABY, Iden Versio and her squad pariticipated and expertly killed many Rebels, but they could not prevent the destruction of the second Death Star or the death of their Emperor. Devastated by the defeat, Iden vowed to avenge the Emperor no matter the cost, and so took the fight to the Rebellion alongside her squadmates and her father, who also gave her the Emperor's final, posthumous orders concerning the Rebellion. Or rather, part of the orders--duped into helping Operation Cinder, Iden was horrified to learn later that part of Operation Cinder entailed a "scorched earth" campaign against multiple planets, including her own homeworld of Vardos, whose people were loyal to the Empire. Cinder was engineered by Palpatine to be activated should he die, the fate which he met by Anakin Skywalker after redeeming himself. In Palpatine's eyes, the Empire not led by him was not worth existing.

Crushed by this revelation, Iden defected from the Empire in the chaos of her home world's devastation. From there, she and Del Meeko (another former member of Inferno Squad), joined the Rebel Alliance and fought against Operation: Cinder.

Following the end of the war with the Empire, it seems that Iden had a child with Del, as it is noted that he later became a father. Iden's other former teammate Gideon Hask later sought Del out and killed him, before then turning his attentions to Iden.

Before the evacuation of Vardos, Versio saw Emperor Palpatine as a great leader, and was fiercely dedicated to the Empire, due to her father's Imperial background and her planet's pro-Imperial sentiments. She believed that the Empire was the best hope for stability and peace in the galaxy, and existed to protect its citizens from terrorism and atrocities. She believed that the Empire should protect its own, and made a point to assist trapped stormtroopers during the Battle of Endor.

Iden possessed a stoic and occasionally intense personality, likely a product of her Imperial background. She recovered quickly from shock and thought quickly on her feet. However, she was also compassionate towards civilians and friendly, though professional, with her squadmates and crew.

Following the destruction of the Death Star II, however, Iden became increasingly disillusioned with the Empire. She expressed anger at how the Emperor's attempted trap at Endor had led to military disaster, and grew increasingly frustrated with and suspicious of the opaque and secretive nature of Operation: Cinder. She thought the Empire was turning away from what it was meant to be. This ultimately led to her deserting the Empire during Operation: Cinder's destruction of Vardos, which she saw as a betrayal of Imperial values.

After her defection, her political views came to change. She viewed the Empire as tyrants for destroying her homeworld and countless others. Iden took a liking to the rebels during the subsequent Battle of Naboo, and eventually joined them full-time. 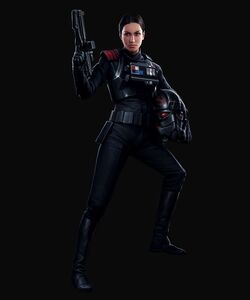 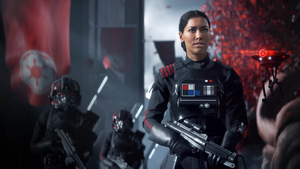 Versio and members of Inferno Squad. 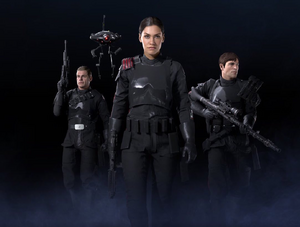 Iden, her personal droid, and the two other members of Inferno Squadron. 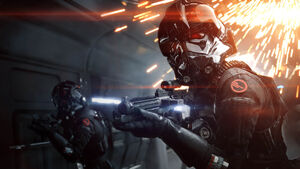 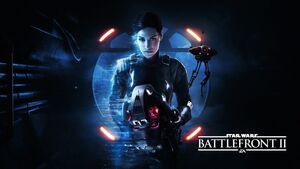 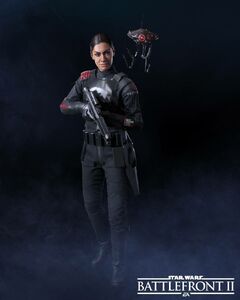 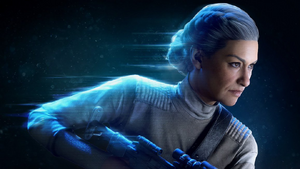 Iden's in the Resurrection DLC.