Ieyasu Tokugawa, also known as Irdene, is a character from the Sengoku Basara series of video games.

Ieyasu Tokugawa is at first a far cry from his usual appearance in various media, portrayed as a little kid with very limited patience. He was a young boy with high ambitions and tends to speak as if he is an old man. Rather lacking in war capabilities and personal battle, Ieyasu put great trust on his army, and especially his mighty warrior Tadakatsu Honda. He was usually referred to by his child name "Takechiyo". Because of that, he was prone to getting kidnapped and had to depend on Tadakatsu to rescue him, making him look like a pathetic, over-dependent daimyo.

This changes in Sengoku Basara: Samurai Heroes, where he is depicted to have grown up and has taken position as one of the main characters of the game alongside Yukimura Sanada and Masamune Date, signifying that he is now able to take care of himself.

Ieyasu is the third unifier, and probably the only sane one between the trio. Unlike the most version, Ieyasu is somewhat bratty, but despite that possesses quite a lot of wisdom and virtue and love for his people. While not much of a fighter, he makes it up with his humongously powerful retainer Honda Tadakatsu. It isn't until SB3 that he finally becomes a full-blown grown man, gets past his impulsive tendencies and is now attacking his enemies with his fists. He successfully slays Hideyoshi, but then had to deal with Hideyoshi's fanatical follower Ishida Mitsunari, leading up to the decisive battle at Sekigahara. 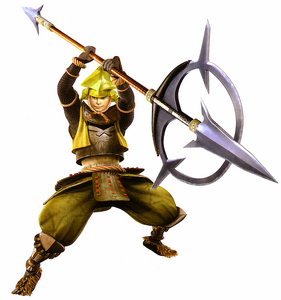 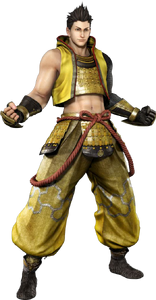 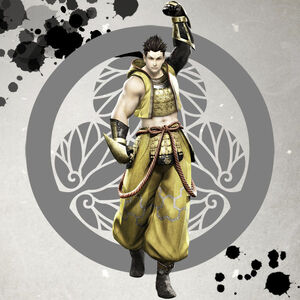 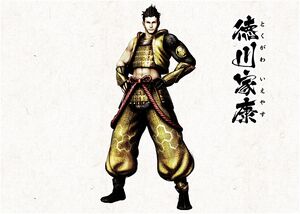