Lieutenant of the same division

Wrathful Brute
Ikkaku Madarame is a supporting protagonist in the anime/manga series Bleach. He was formerly the 3rd Seat of the 11th Division in the Gotei 13 and the best friend of Yumichika Ayasegawa. His captain is Kenpachi Zaraki. Sometime after Yhwach's death he was promoted to the same division's Lieutenant.

He is voiced by Nobuyuki Hiyama in the Japanese version of the anime and Vic Mignogna in the English version.

Ikkaku is a tall and muscular man. He is bald, a fact made fun of by many people, especially 11th Division Lieutenant Yachiru Kusajishi, who calls him "cue ball", "chrome dome", or "pachinko-head" (as a result of her fondness for giving people nicknames or when he questions her direction skills). Ikkaku's bald scalp is very reflective while under the sun, causing the members of the 8th and 11th Divisions to mistake it for a full moon at one point, much to his chagrin. His eyes each have a small red marking at the outer corner. Ikkaku has a scar, which he gained while fighting Ichigo Kurosaki during the Ryoka Invasion, running down the left side of his chest. He wears the standard Shinigami robes, with the exception of no tabi with his sandals. Seventeen months after Aizen's defeat, Ikkaku sports a gold-plated shoulder plate on his right arm with the kanji for dragon (龍) printed on it. Ten years after the defeat of Yhwach, as a lieutenant, Ikkaku now wears a lieutenant's badge on his left arm.

Ikkaku is violent, fight-loving, and rude, which has been noted by Tetsuzaemon Iba, among others. He is also quite stubborn and cocky at times. He loves fighting so much, he is unwilling to travel anywhere without a sword, resorting to carrying a wooden one when posing as a student at Karakura High School. Ikkaku is very self-conscious about his baldness, often insisting he is not bald, but that his head is "shaven", and will threaten anyone who points this out.

Ikkaku considers fighting fun, and tries to get as much fun as he can, even taking deadly risks to drag out fights for as long as possible. He limits his skills in order to make fights last longer, using his Bankai, or even hisShikai, as a last resort against his opponents. Ikkaku constantly smiles when engaging in a fight with a formidable opponent.

Ikkaku considers the only honorable battles to be those fought one-on-one. Even the threat of death is not a reason to ignore this fact, for he believes the winner is only determined when the other dies. In his fight with the Arrancar Choe Neng Poww, Ikkaku was losing badly, yet refused to surrender or use his Bankai.

Ikkaku has a sense of loyalty and responsibility; refusing to take the position as captain of either the 3rd, 5th, or 9th Divisions, when Aizen and his cohorts defected from Soul Society. He is fiercely loyal to his captain, under whose command he wishes to die. He considers surviving an otherwise lost battle good luck, which his captain taught him, and carries a blood-clotting ointment in the hilt of his Zanpakutō. 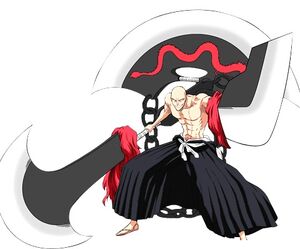 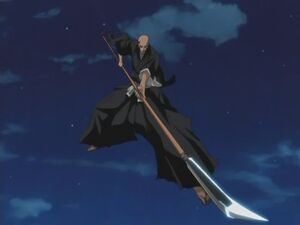 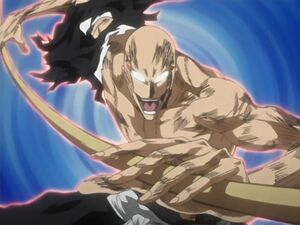 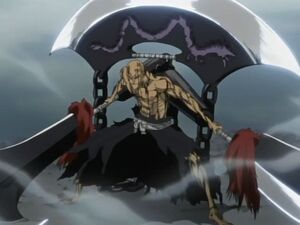 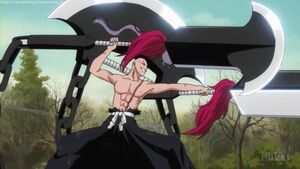 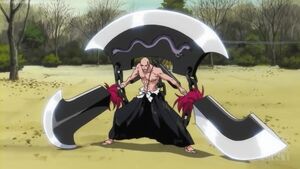 Retrieved from "https://hero.fandom.com/wiki/Ikkaku_Madarame?oldid=1962282"
Community content is available under CC-BY-SA unless otherwise noted.