Destroy the scrolls of perdition (formerly)

Ilia is a major character from Dragalia Lost and a goddess mentioned in the game. She is the founder of the Ilian church.

She is voiced by Kelly Sheridan who also voiced Mym in English and Rie Takahashi in Japanese.

Ilia is a young teenaged girl with long sliver hair with a black hair clip and blue eyes. She wears a black shirt with a yellow belt, white coat, red shorts, one stocking on her right leg with black gear, black and red shoes, and red gloves.

As a goddess, she had long robes with a hood.

The statue depicts her with an updo, long robes with a cloak, and a hair accessory.

During Dragonyule, she dresses in a thick coat with a pair of goggles and a red scarf.

An alchemist of unparalleled talents, so much so that she was successfully able to create the legendary omega key. After the death of her parents, she was raised by a faerie. She yearns to be free, but the world is greedy for her talents.

The first Auspex of the Ilian Church. She was a famed mage who sealed away a great demon with the help of the dragon Elysium.

Long ago, Ilia lived with a faerie named Meene whom she looked up to like a mother. She had a knack for alchemy which resulted in multiple people wanting to use her skills to do harm to others.

While avoiding Augus and Elysium, Ilia found a strange girl who expressed surprise upon meeting her. This girl was Zethia, who had been sent to Ilia's time by a being known as Morsayati. However, Zethia opts not to tell such to Ilia out of worry over disrupting the timeline.

On the way home, IIia finds a little soul which she takes home and uses her alchemy skills to create a body for it. After she does so, she give him the name Mordecai. After explaining to Zethia how Augus was after her for her skills, Zethia suggests making a pact with Elysium. However, Ilia informs her that Elysium is also her enemy as he want to force her into making a pact with him.

However, with Augus hot on their trail and finding no other choice when Elysium finds them, Ilia agrees to form a pact with him and make a dawnshard. The process results in her getting knocked out while giving the appearance that Elysium killed her. Mordecai, horrified and angered over the supposed death of her creator, transforms into the monster Morsayati and engages Elysium in battle.

After some time of carnage, Ilia soon wakes up and approaches Morsayati with intent on reaching out to Mordecai. Her efforts prove semi-successful as while she does get Mordecai back, Morsayati splits from him becoming a demon of pure hatred. With Mordecai's hatred still on a rampage, Everybody still alive comes together to banish Morsayati through a portal to otherworld. However, Mordecai, feeling that he would be a threat to the world if he remained, jumps into the portal as well. Understanding his reasons and considering herself to be a magnet for trouble, Ilia follows Mordecai in, leaving Meene saddened.

With the battle over, Meene tears off her wings and takes up the name of Ilia, founding the Ilian church and being praise up until her passing. Meanwhile, Zethia returned to her time period where she realizes she had a part in Morsayati's origin.

After many years, both Ilia and Mordecai are released from the portal the went into where they end up being face-to-face with Leonidas. The three of them manage to get along and play some royal chess.

After detailing Leonidas of their past, Leonidas lets the two of them know about Euden and that he is heading to the Faeries Kingdom. Figuring that would be a good place to go investigate, Ilia and Mordecai bid Leonidas farewell and expressing hope to meet again.

Ilia appears in chapter 21 to stop Nedrick from obtaining the Dawnshard. It is revealed that she brought Zethia in the Sacred Tree and told her everything about Nedrick. She gave Zethia a blade to stop Nedrick.

While away from the party Ilia and Mordecai set off to find the scrolls of perdition that everybody is after with intent to destroy them as Ilia knows that the wars over them are not something Meene would want.

While searching, they meet a woman looking for her adopted son. While searching, the woman figures out who Ilia is, revealing herself to be the keyholder. With her Ilia gets a hold of the scrolls of perdition, which she skims over and memorizes. After that, she builds a snowboard to find the woman's son, who is being protected by Nevin and Ramiel. However, as the two work for the church, Ilia doesn't trust them, and they don't trust her or Mordecai. Without even giving them her name, Ilia fights Ramiel to a standstill and then makes an agreement with Nevin to give them the scrolls in exchange for the boy. As she hands the scrolls over, she tells Nevin not to start any wars with it.

Later, Ilia lets Mordecai know that there wasn't anything dangerous within the scrolls as it was mostly stuff that she and Mordecai already knew, so she felt it was safe to give it to Nevin. 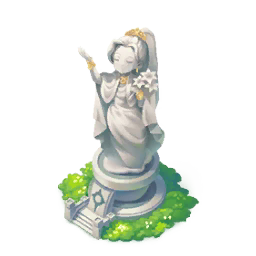 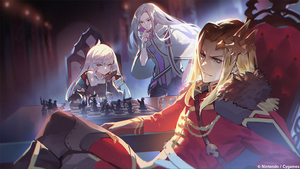 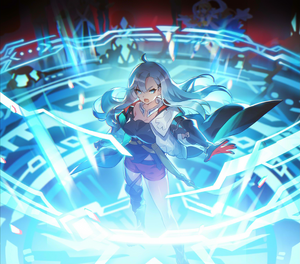 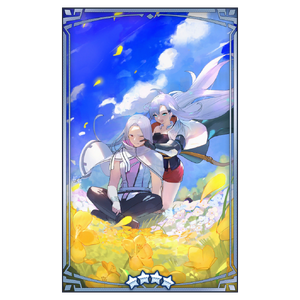 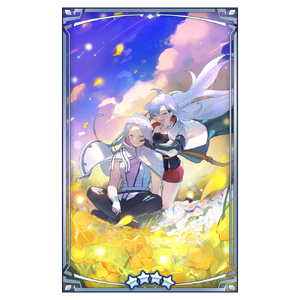