Heroes Wiki
Register
Don't have an account?
Sign In
Advertisement
in: My Little Pony Heroes, Female, Teenagers,
and 14 more

Be better of CHS students (formerly).

Help the Rainbooms in save their world (succeeded).

Indigo Zap first appears on the bus to go to Chanterlot High for the friendship contests and boasts of having won more victories on the Shadowbolts team and marginalizing Twilight than her by not wanting her next to her.

During the welcome ceremony at Chanterlot High she is seen threateningly face with Sunset Shimmer and Rainbow Dash.

In the games he wins the race in building a birdhouse together with Sugarcoat and then the two are always competing with the same opponents in the motorcycle race, when they are attacked by giant plants from Equestria and is about to devour Indigo, but Rainbow Dash saves her, then immediately tries to win again, but Sunset wins in her place.

Eventually Indigo and the other Crystal Preps and Principal Chinc students insist that Twilight use the stolen magic to their advantage, but the magic gets out of control and she transforms into the monstrous Midnight. Sparkle, much to everyone's horror.

Indigo along with Lemon Zest sets out to save everyone from certain death regretting her mistakes. When Twilight returns to normal, Indigo and the other Crystal Prep students apologize to Chanterlot High and turn against Principal Chinc.

She is last seen boarding the bus with her companions to return to Crystal Preps.

She appears in a cameo in the memory of Applejack.

She makes a cameo at EquestriaLand. 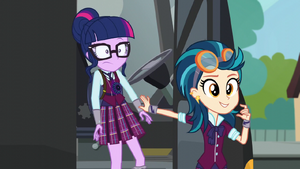 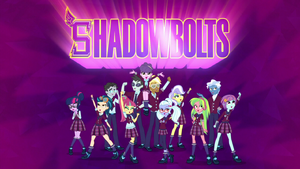 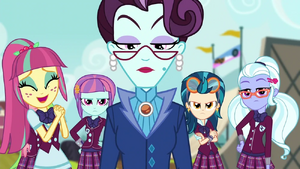 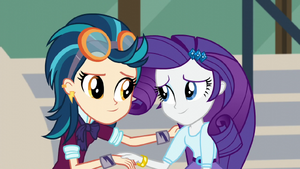 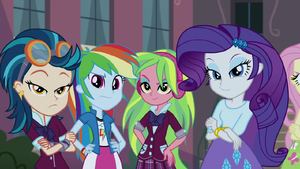 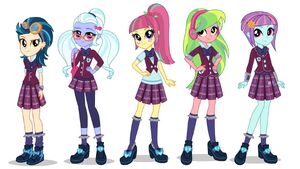