Ingrid (イングリッド Inguriddo?), also known by her emblem Eternal Goddess and her code Isis, is a video game character who first appeared in the fighting game Capcom Fighting Evolution, before being added to the cast of Street Fighter Alpha 3 MAX. She is an enigmatic and powerful being of unknown origin with an important yet mysterious destiny.

She is voiced by Masako Jō.

Ingrid was known as the "Eternal Ray" in Capcom Fighting All-Stars. She is a "Code Holder" who was spontaneously activated on her own, through something called "Natural Code". A woman of many mysteries who possesses a unique power and a heavy fate. She fights in a style that makes fun of her opponent, through using her mystical powers and small stature. She has symbols which contain the sun, a bull's horn, a leaf and the eye of Isis within them. She seems to have a deep connection with fellow Code Holder, Death. Ingrid was originally planned to make her debut in Capcom Fighting All Stars, but instead she debuted in Capcom Fighting Evolution.

Her storyline in the Street Fighter series is as follows: Ingrid is a white haired beauty from another world. She has strong hatred for the Satsui no Hadou. Despite her young appearance, she is very wise and potentially very old. She calls herself the messenger from the stars. While she seems serene, she also shows signs of cold and power hungry nature. She uses her time traveling abilities as a way to attain more knowledge of the universe.

Apparently, her source of power is derived from Psycho Power, yet it is not purely evil like that of M. Bison; it is likely it is converted into something similar to Rose's Soul Power. Ingrid claims that she is the true bearer of what is called "Psycho Power", as she tells Bison that Psycho Power is "her power" and that Bison has stolen a part of it. It seems that her power is so intense that if given the chance, she could actually break Ryu's madness if he ever succumbs to the evil of Satsui no Hadou. Ingrid also possesses psychic abilities similar to Rose, as she addressed Ryu and Rose by name even though both never revealed their names to her. Rose, on the other hand, cannot look into Ingrid's future as she did with other characters.

She states that the core of the Psycho Drive (M. Bison's power enhancer) actually belonged to her in the first place, and she intends to take it back. How Bison came into possession of the item is never exactly explained, though it is similar in appearance to the crests on her head. When Bison is eventually defeated, she comments that a regular human being like him couldn't possibly control that energy, and takes the whole Psycho Drive with her as she leaves. Finally, Ingrid has the power to travel through time, as she mentions heading to the year 201X in order to contact Ryu in her ending.

As revealed in the prologue comic book, Ingrid plays a small role in the background of Street Fighter X Tekken as the creator of Pandora, who sent the box as a gift to Earth and to test the conflict that will rise from its power. 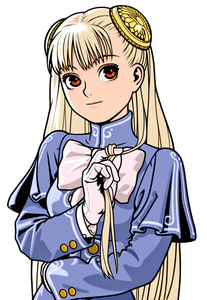 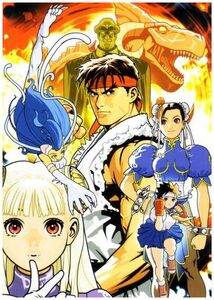 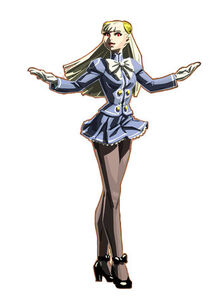 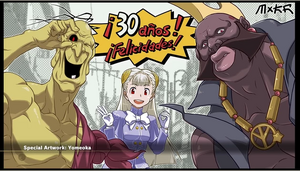