Help Leon and Helena to defeat the Neo Umbrella (Succeeded)

Ingrid Hunnigan is a U.S. government agent for the D.O.S. and often works with Leon S. Kennedy.

Hunnigan worked with Leon for the first time during his mission to rescue the President's daughter, Ashley Graham. She occasionally contacted Leon to ask how he was coming along or to give him information. When he entered Ramon Salazar's castle, he unfortunately lost contact with her for several hours because Los Iluminados hijacked their communication line. He could not regain the line until after the Island, which housed the hijacking equipment, blew up. Leon attempted to flirt with Hunnigan, telling her she was cute without her glasses and asking for her number when he returned. She remained professional, reminding him that he was still on duty, but with a subtle smile.

Hunnigan assisted Leon again one year later during the Harvardville Outbreak, where she had the President send in elements of the United States Marine Corps, who were vaccinated against the t-Virus upon confirmation that it was responsible for the outbreak.

Hunnigan worked with Leon once again when he is sent to the Eastern Slav Republic in order to investigate the use of B.O.W.S. in a war. She tried to convince him to leave the city as per government orders, but he refused and hung up on her. Contact was not made again until after the incident was already over while Leon was at a hotel, continuing his vacation. She informed him that the president of the country, Svetlana Belikova, had resigned and that the chairmen were being taken out of the country.

Hunnigan helped Leon and agent Helena Harper by giving them information on the outbreak and guiding them through Tall Oaks as the two try to find their way out of the town. She also provided them with warning about Derek C. Simmons beginning to become involved with the investigation in the attack. Even after Simmons pronounced Leon and Helena as suspects in the attack and death of President Adam Benford, Hunnigan continued to help the two of them in secret. Finding Simmons to be rather suspect, as per Leon and Helena's suggestion, Hunnigan placed a tail on him after he departed the operations area and informed the two agents of his location. She would later report both Leon and Helena died with the destruction of Tall Oaks to make it easier for them to track Simmons unnoticed. Later in China, Hunnigan helped Leon get in contact with Chris Redfield to notify someone to rescue the captive Jake Muller and Sherry Birkin. After the events in Tatchi and Leon and Helena escaped with evidence against Simmons, Hunnigan informed Helena in purpose that the investigation concluded that it would be unfair for her to be punished for Simmons' extortion of her. 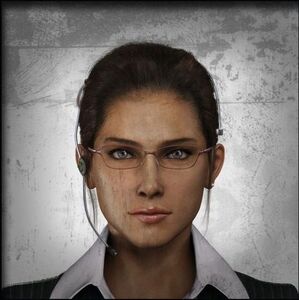 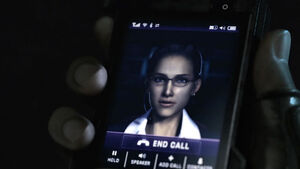 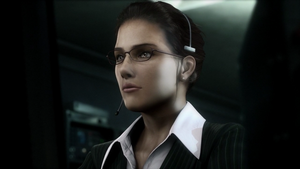 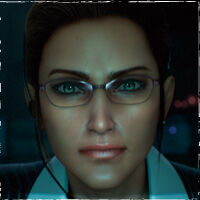 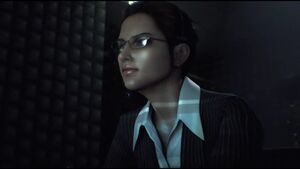 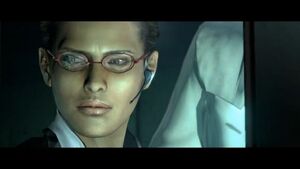 Retrieved from "https://hero.fandom.com/wiki/Ingrid_Hunnigan?oldid=2305590"
Community content is available under CC-BY-SA unless otherwise noted.