The Boar (by Zenitsu)

Inosuke is a member of the Demon Slayer Corps who makes use of his self-made sword style Beast Breathing. He is a travelling companion of the series' main protagonist Tanjiro Kamado. His arch-nemesis was Doma, a powerful demon and member of the Twelve Kizuki who held the position of Upper Two. Doma was the demon responsible for murdering Inosuke's mother when he was only a baby. After he was orphaned he was found and rescued by a pack of boars, that raised him as their own in the mountains. He was able to destroy his nemesis Doma with the help of Kanao Tsuyuri during the raid on Muzan Kibutsuji's Dimensional Infinity Fortress.

Inosuke is a young man of average height and pale complexion with an extremely toned and muscular build for his age, possessing large, defined muscles most notably over his stomach and arms. In sharp contrast to this, he has an incredibly pretty and feminine face with large, wide eyes that are framed by an array of long eyelashes, their irises a dark to soft pale green, thin eyebrows and what could be a small, well-mannered mouth. His thick, black hair reaches just past his shoulders, fading into blue at the tips and forming an unruly and uneven fringe that falls just above his eyes, puffing out before curving and thinning towards his forehead.

Inosuke wears his altered version of the standard Demon Slayer uniform, which consists only of the baggy hakama pants, his tinted a dark gray-blue, which he fastens around his hips with a thick belt of fluffy brown animal fur. The usual cloth leg-wraps are replaced with what appear to be knee-high socks of furry hide which expose his heels and toes, which also appear to be what fastens the sandal-bases he wears on his feet. His most defining feature is the gray, hollowed-out boar's head he wears as to mask his own, the eyes of which he has tampered with to allow himself vision while wearing it which has been revealed to have belonged to his late adoptive boar mother.

Inosuke is an extremely short-tempered and proud man who always likes to think he is the strongest fighter in a situation, constantly challenging most people he comes across and wanting others to respect and praise him for his skill.

This often leads him into unnecessary danger, since he tends to overestimate his abilities in comparison to who it is he's fighting and refuses to accept when he's been defeated, which can be seen when Giyu Tomioka literally has to tie him up after his fight with the Father Spider Demon to prevent him challenging the Pillar to a fight while still severely injured from his previous battle. This constant wanting to be the best can also cause Inosuke to be very provocative, as he often tries to goad others, most prominently Tanjiro Kamado, into fighting him, although in the case of the latter he usually fails due to Tanjiro's obliviously kind nature.

Due to him having been raised by boars, Inosuke has also been shown to possess little understanding of normal human interaction, at least at the time of his debut, as he seems to frequently assume that people who approach him want to attack him, and doesn't appear to understand the kindness others show him.

However, as the story goes on, Inosuke is influenced more and more by Tanjiro's ways and becomes more accustomed to affection and generosity, learning to also acknowledge the strength of people besides himself and develop feelings of friendship towards him and Zenitsu Agatsuma, although he does still retain his proud nature and constant want for praise. He also begins to think more strategically when engaging in combat, using smarter tactics he has picked up from more experienced Demon Slayers and not just rushing into fights head-on without thinking.

Beast Breathing (獣ケダモノの呼こ吸きゅう, Kedamono no Kokyū): Developed by Inosuke after living in the mountains, Breath of the Beast is an original Breath Style exclusive only to its creator himself. With his enhanced sense of touch, Inosuke can utilize several different techniques, which are called "Fangs".

With the war between Demon Slayer Corps and Demons that lasted over a millennium came to a close - with humanity the victor of the war. 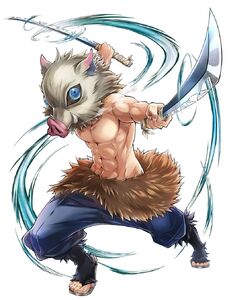 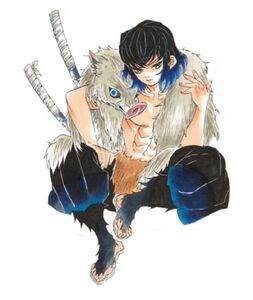 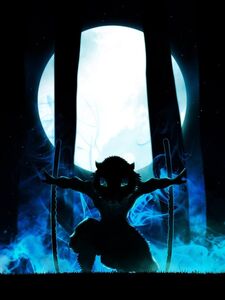 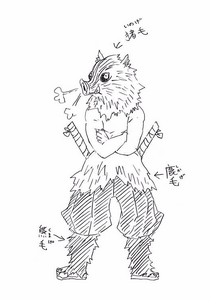 Inosuke's robes: mask made from boar skin, trouser made from deerskin, pants made from bearskin. 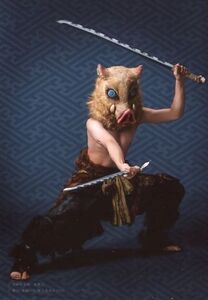 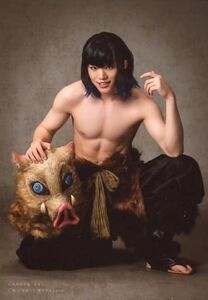 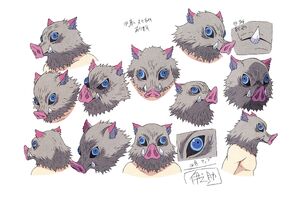 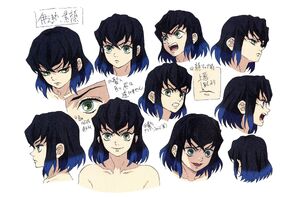 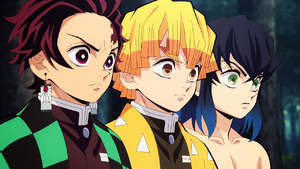 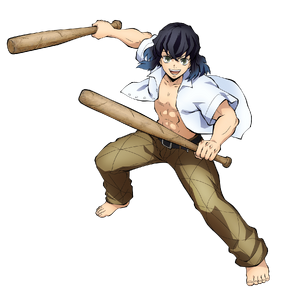 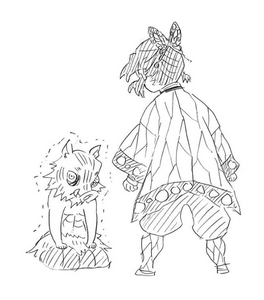 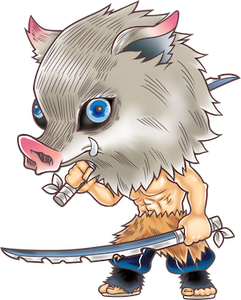 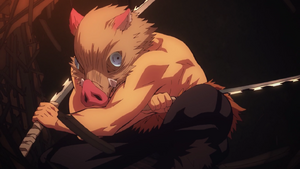 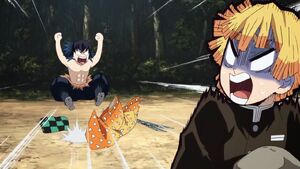 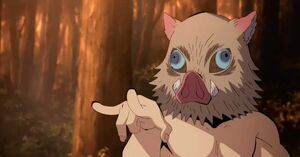 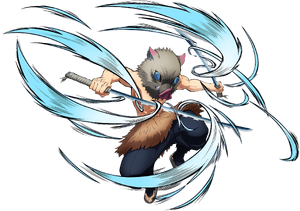 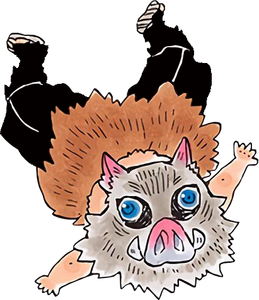 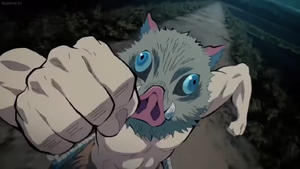 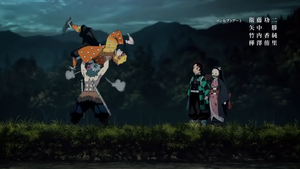