To bring Dr.Claw to justice (all succeeded)

Inspector Gadget is the titular main protagonist of the cartoon series and movies of the same name.

An advanced android equipped with many gadgets (from where his name is derived), he protects the world from the villainous Doctor Claw and his MAD henchmen and is a mix of bumbling super-spy Maxwell Smart (who is coincidently portrayed by his deceased voice actor Don Adams) and dim-witted detective, Inspector Clouseau.

Gadget has straight black hair and he has brown eyes.

In the live action films, he wears a brown fedora, light tan trench coat, white shirt, black tie and pants and black shoes and wears no gloves. He also has a Riverton Police Department badge on his belt.

In Gadgets and the Gadgetinis, He wear the same clothes in the cartoon, but he wears a black trench coat instead of grey, He also wears yellow gloves and his fedora is light gray instead of dark gray, but also retains his blue tie and pants and wears dark gray shoes.

In the 2015 cartoon, Gadget has the same appearance from the original cartoon.

Inspector Gadget is equipped with many various gadgets in his body. 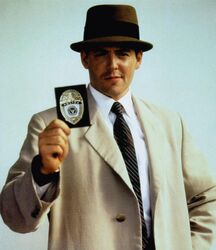 "What have they got me on?!" John Brown wakes up from the surgery, almost horrified to see gadgets pop out of his fingers 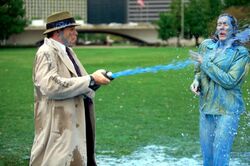 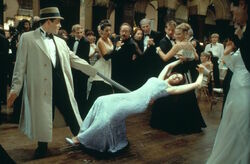 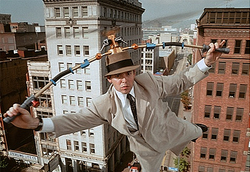 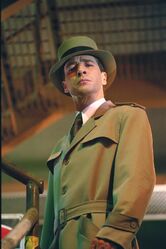 French Stewart as Inspector Gadget in the 2003 DTV sequel 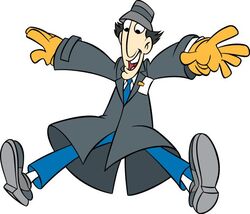 Gadget as Liutenant in Gadget and the Gadgetinis 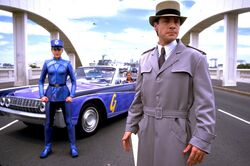 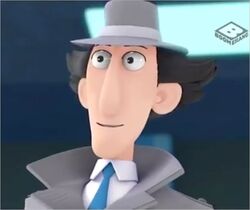 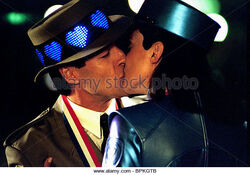 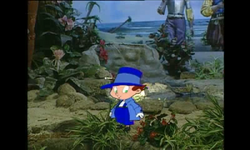 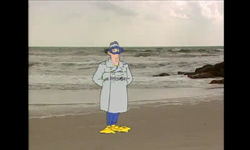 Add a photo to this gallery
Retrieved from "https://hero.fandom.com/wiki/Inspector_Gadget?oldid=807804"
Community content is available under CC-BY-SA unless otherwise noted.