Insecure
Iona Hikawa is one of the main cures in Happiness Charge Pretty Cure!. Her alter ego is Cure Fortune. Iona attends the same school as Megumi, Hime, and Yuko but is in a different class than them. She attends her family dojo, Hikawa Karate dojo. She practises with her grandfather everyday. Her form changes are Pine Arabian and Anmitsu Komachi. Along with the two, she also has Innocent Form.

She was voiced by Haruka Tomatsu who also voiced Zero Two in Darling in the Franxx, Asuna Yuuki in Sword At Online, Morgiana in Magi, Haru Okumura in Persona 5, Mary Sioux in Youjo Senki: Saga of Tanya the Evil, Rabura Chichibu in Punch Line!, Keisuke Amano in Yo-kai Watch Shadowside, Nagi/Kannagi in Nagi/Kannagi, Eina Tulle in DanMachi series and M4A1 in Girls Frontline.

Iona has a strong sense of justice, and also helps the poor people. Cure Fortune also knows her duty as a Cure, and is excellent at fighting matches, as well as is not afraid to battle Queen Mirage, and her Saiarks.

As Cure Fortune, her uniform is similar to the other three Cures, with a dark grey vest with a light purple collar and a darker purple ribbon in the front. Her skirt is also light purple and is longer toward the back. Her arm warmers and boots are also very long, going past her elbows and knees respectively. Her hair is purple and appears to be in a loose ponytail, with a heart-shaped hairpiece with a ribbon flowing out of it on the left side. 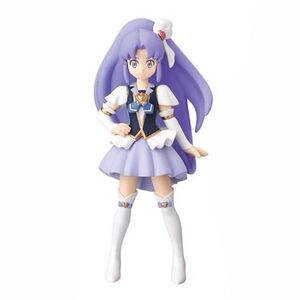 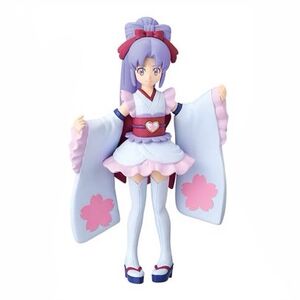 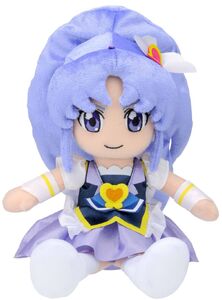 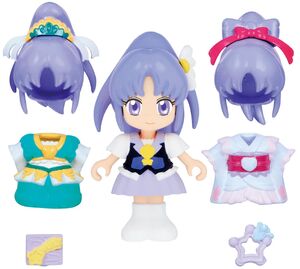 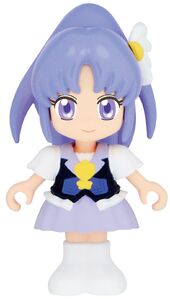 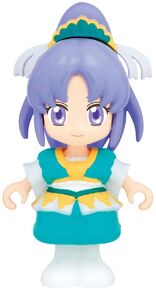 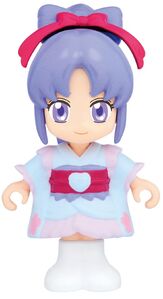 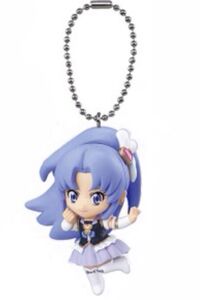 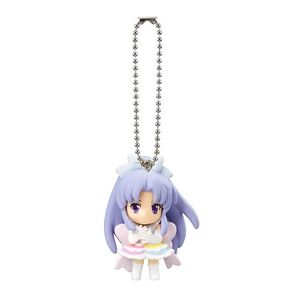 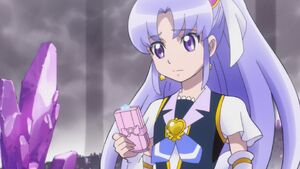 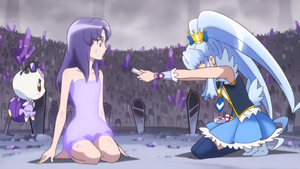 Iona surprised by Princess giving her the cards 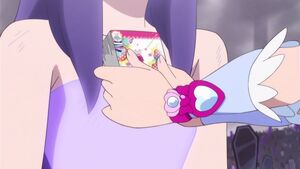 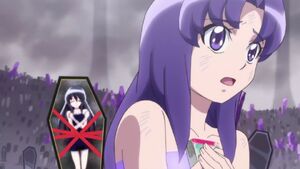 Iona worried about Princess's own wish 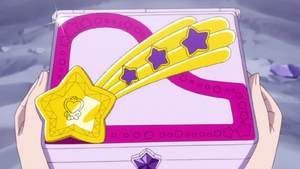