Heroes Wiki
Register
Don't have an account?
Sign In
Advertisement
in: BlazBlue Heroes, Video Game Heroes, Friend of a Villain,
and 19 more

Iron Tager is a hero from BlazBlue who is a Sector Seven professor who has been mechanically enhanced to perform field-work.

In the Japanese version, he is voiced by Kenji Nomura who also voices Yammy Llargo, Hiro & Arbormon.

Originally the leader of a Sector Seven assault team sent to retrieve Nirvana in the 4th Hierarchical City of Naobi, Tager suffered a mortal wound during the mission, and due to being the only survivor, was forced to withdraw. He was revived as an enormous cyborg by Kokonoe, whom he pledged loyalty to afterward. After his revival, he bears a similar resemblance to a demon, which resulted in him dubbed as the "Red Devil of Sector Seven". He is feared by many, but in truth he is very calm and calculated, only engaging in violence when necessary. He has resumed his duties since his revival as a cyborg and is currently not only pursuing Hakumen, but also Ragna as a secondary target. In the true ending, he and Kokonoe made an assault on the NOL when Ragna had broken in.

In BlazBlue: Continuum Shift, he is sent by Kokonoe on a mission to capture the true holder of The Azure Grimoire, Noel Vermillion. In the True ending, he escorts Noel and Makoto Nanaya out of Kagutsuchi.

Tager has spiky black hair, possessing a white streak. He wears orange goggles without reflection that show his eyes. He wears a dark red-colored Sector Seven uniform, but with a sleeveless top. He has golden rods attached on the darker red cross on his back, and two black gauntlets made of complex machinery.

Tager is a serious, mature cyborg. He is feared by many, and is known as the Red Devil. In truth he is very calm and calculated, only engaging in violence when necessary. He places great trust and faith in Kokonoe, and almost always follows her orders, but there have been some occasions where he follows his own intuitions to choose what to do in a situation.

In battle, Tager is noticeably the slowest character in the game, unable to dash (mentioned in Teach Me, Miss Litchi), but makes up for that in power and defense. When close, his great power allows him to inflict great damage by tossing his opponents around effortlessly. His gauntlets are also surprisingly complex machinery. In addition to short ranged bursts, they can act as electronic magnets. With this, Tager can magnetize and draw in opponents toward him instead of having to pursue them. 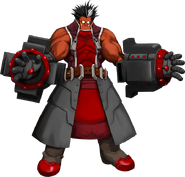 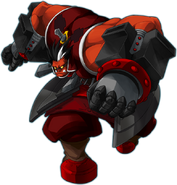 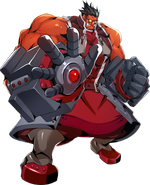 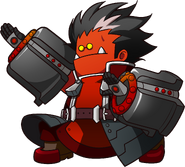 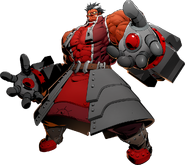 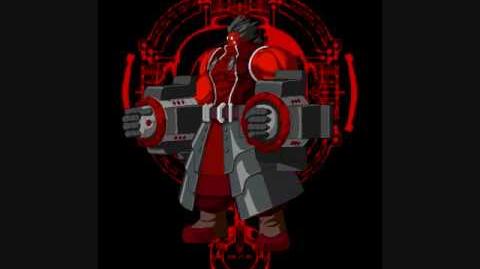 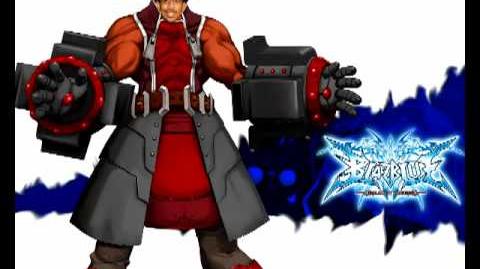