Isaac Dian and Miria Harvent are a duo of robbers who appear in the light novel and anime series Baccano! and also make small appearances in the pseudo-sequel series Durarara!. Because of their similar personalities and the fact that they've never seen separated, they share the same wiki-page.

Isaac is a man of average height and built with light-brown, short hair, blue eyes, crooked eyebrows, and a small square jaw. Miria is a thin and slightly shorter woman with long, blond hair, brown eyes, and a pointy jaw. Both appear in various different attires throughout the manga and anime, like baseball-players, a priest and a nun, etc.

Isaac and Miria get along flawlessly, thanks to their common interests and attitudes. They have a strong sense of justice and love to help other people, often leading to them breaking the law and taking matters into their own hands. They're very well aware of the fact that they are wanted criminals, and take pride in it. When they're not trying to help others, they're fiercely determined to commit the ultimate crime and become the greatest thieves in history.

What hinders them from this is their twisted reasoning. They follow a very simple logic that makes little sense to anyone but themselves and often makes spontaneous decisions without really thinking them through. Regardless, they never regret their choices and always enjoy themselves immensely.

Isaac and Miria's playful demeanor makes them very likable to other characters in the story, often without them realizing it since they are just being themselves. Whenever someone they consider their friend is feeling sad or insecure, they are always quick to reassure and encourage them. This makes them some of the most important individuals in the series since they inspired many of the other protagonists.

They also seem to have a light interest in Japanese history, often using it for metaphors and comparisons.

Eccentric personalities aside, Isaac and Miria are relatively skilled at robberies and burglaries. They commit several small-scale crimes that are mostly ignored by the police, but also manage to steal from the mafia in broad daylight and break into the Genoards manor. All without ever getting caught.

Later in the series, they also gain the power of immortality, making them immune to aging and capable of automatically healing any kind of damage to their bodies, though due to their cluelessness they don't find this out until 2001. 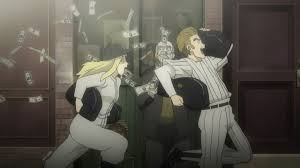 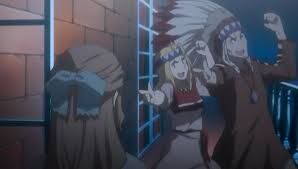 Add a photo to this gallery
Retrieved from "https://hero.fandom.com/wiki/Isaac_Dian_%26_Miria_Harvent?oldid=1922979"
Community content is available under CC-BY-SA unless otherwise noted.