Heroes Wiki
Register
Don't have an account?
Sign In
Advertisement
in: Articles under construction, Mature, SCP Foundation Heroes,
and 58 more

Isabel the Maker of Wonders

To produce the best toys for children. (ongoing)

Defeat the Scarlet King and sing Creation back into existence. (succeeded in tales)

Herman Fuller's Circus of the Disquieting

Dr. Isabel Helga Anastasia Parvati Wondertainment V, PhD is a prominent character in the SCP Foundation Mythos. She is the current "Key Creative Director And Big Boss Lady" of Dr. Wondertainment, being a mysterious but childish individual with the ability to create anomalous toys for children to enjoy.

She is one of the main protagonists in the "Verse of an Endless Song" series, a supporting character in the "Acidverse" and "What a Wonderful World" canons, and is often seen as the archenemy of the Scarlet King.

(Note: Due to the lack of canon in the universe of the SCP Foundation, there are several versions of Isabel. They are described below.)

Isabel Helga Anastasia Parvati Wondertainment V is the daughter of the late Reginald Philbert Lionel Archibald Westinghouse Wondertainment III, MD, PhD, DDS, Esq. who was the previous "Key Creative Director And Big Boss Man". She was always surrounded by Jeremy-Corgies, who perform various tasks for her.

Isabel was previously the Lead Toy Designer at Dr. Wondertainment, before she received a letter from her father. The letter stated the both he and his wife, Isabel's mother, had perished during a private project. The letter announced Isabel as the new "Key Creative Director And Big Boss Lady" of the company.

Isabel would later get an assistant in the form of Emma Aieselthorpe-Brown, with whom she would develop a friendship with.

When We Came Home

The Stars Do Not Wait For You

To Never See the Light of Day

What A Wonderful World

As a Doctor Wondertainment, Isabel has the ability to create various powerful and bizarre "toys" each with their unique abnormal anomalies that can define reality. She could achieve this thanks to her great intelligence and reality warping power she most likely inherited from her predecessor. However, just like the other Wondertainments, she wasn't in her right state of mind, being unable to perceive things correctly which often led her to be manipulated or cause unintentional damage.

In the final battle against the Scarlet King, Isabel was able to tap into the power of creation which allowed her to be more than match to the evil old god. She alongside the other six warriors, wielded the King's spears and was able to kill him and prevent the destruction of the universe. In the aftermath, she alongside All-Death rebuilt reality.

Isabel was described as having red hair and green eyes and in times of Christmas she would wear ugly sweaters. In another account she was described as possessing light brown skin, leaving her ethnicity ambiguous, and often wearing a top hat. 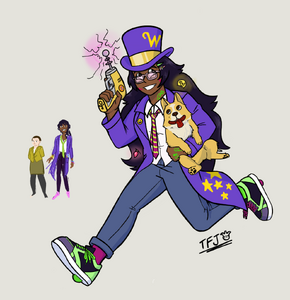 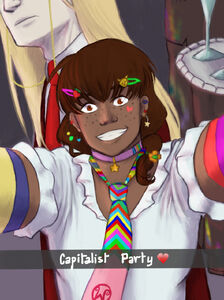 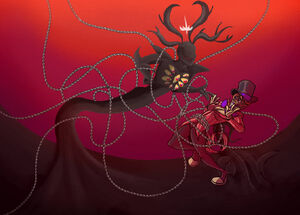 Against the Scarlet King. 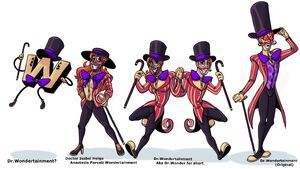 Isabel with other versions of Dr. Wondertainment.

Isabel in "What a Wonderful World" canon. 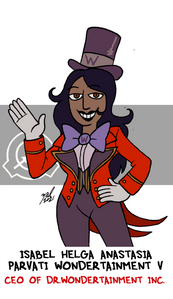 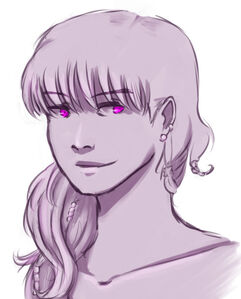 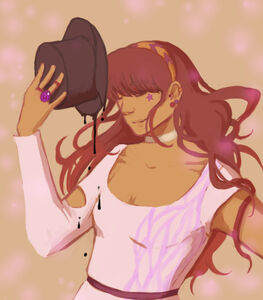 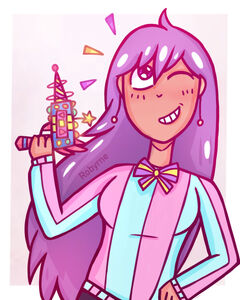 Isabel from "How Is Your Name?". 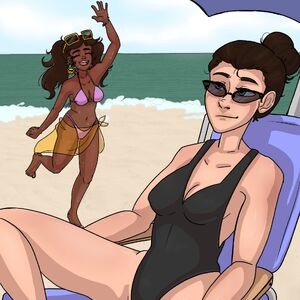 Isabel and Emma at a beach from Episode 105 of "The Real Adventures In Capitalism". 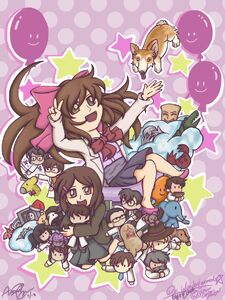 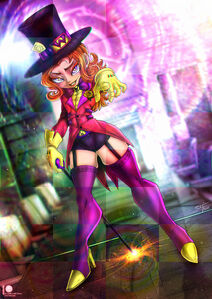 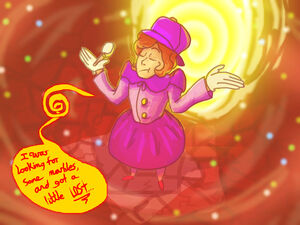 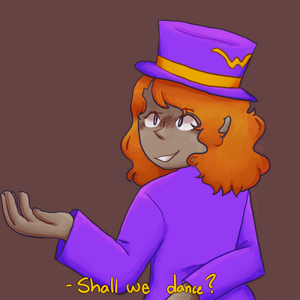 Isabel asking All-Death to dance in ending of "The Real Adventures in Capitalism". 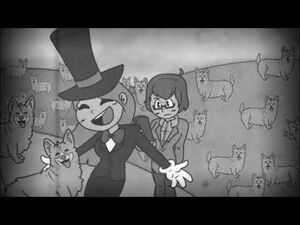 Assistance for the Boss Lady (REDONE) 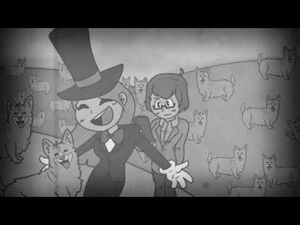 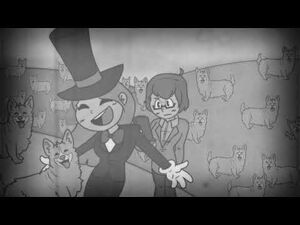 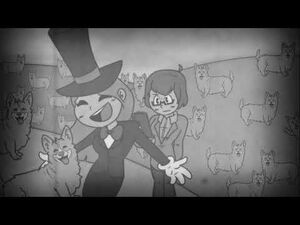 Memories of Days Long Past 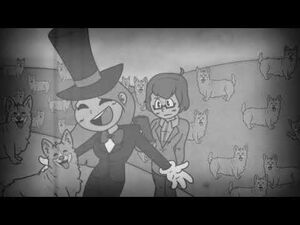 The Real Adventures in Capitalism - Season One 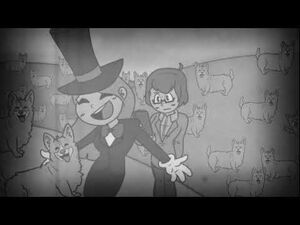 The Real Adventures in Capitalism - Season Two Part I 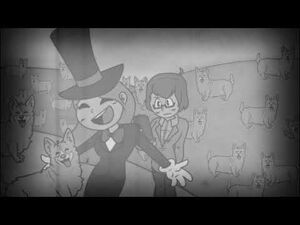