To assist the Villager in his mayoral duties.

Debuted in New Leaf, Isabelle is a Shih Tzu who introduces the player to the town and becomes their secretary. In New Horizons, she moves to the player's island after the Resident Services building is constructed, assisting Tom Nook by running the service's Civic Consultation Counter and taking over daily announcements from him.

Isabelle is a bright yellow dog who resembles a Shih Tzu, which her Japanese name, Shizue, is a play on. Her head is also shaped like a bag of bells, hence the English name. She has a cheery appearance with rosy cheeks and with a white fur patch on her tail and around her mouth.

Isabelle is very clumsy and absentminded. She additionally loves to admire others. She is very pleasant and does not like confrontation. She could be very keen to make the city a better region to stay, via encouraging the participant to do duties and Public Works tasks at some point of the town. Like many other secretaries, she can be difficult on herself while she is facet-tracked. Isabelle has proven facets of gratitude and affection to the participant, in particular on Valentine's Day. 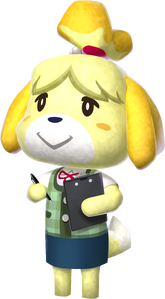 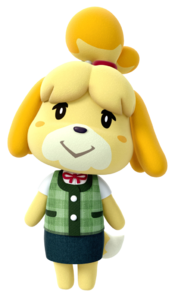 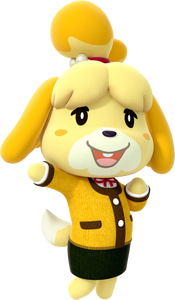 Isabelle in her Autumn and Winter outfit 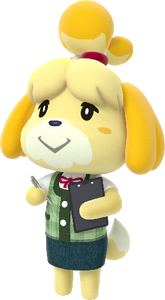 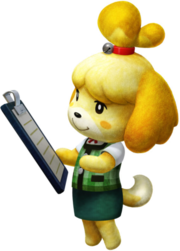 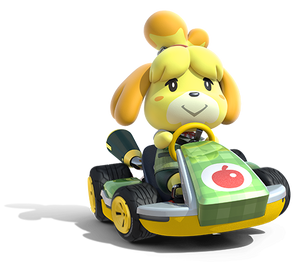 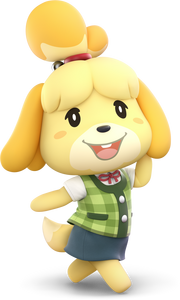 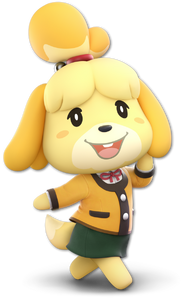 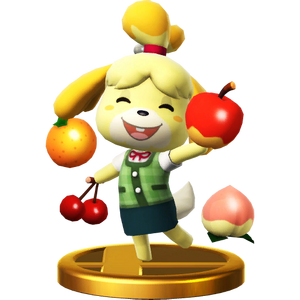 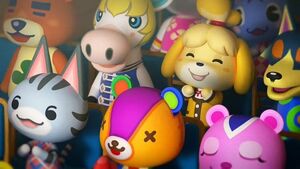 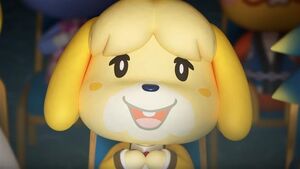 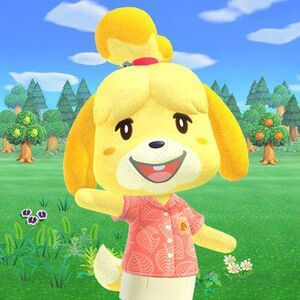 Isabelle as she appears in Animal Crossing: New Horizons 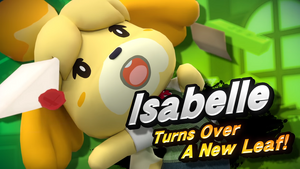 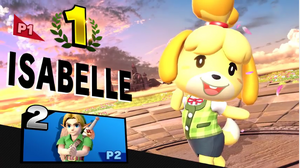 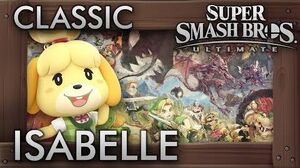