Captain of the 10th Division of the Gotei 13 (formerly)

Isshin Kurosaki is one of the supporting characters of the Bleach series and is a former Shinigami Captain of the 10th Division. In the human world, he works at the Kurosaki Clinic as a doctor. He is the husband of the late Masaki Kurosaki, and the father of Ichigo Kurosaki, Karin Kurosaki, and Yuzu Kurosaki. He avenged his wife by killing Grand Fisher with the help of Kon (in Ichigo's body). He even trained Ichigo in using the ultimate Bankai (Final Release) of the spirit sword Zangetsu.

In addition to being Masaki's husband and Ichigo's, Karin's and Yuzu's father, he is also the father-in-law of Orihime Inoue, and the paternal grandfather of Kazui Kurosaki.

He usually annoyed his son when he attacked him every morning only to be pummeled by Ichigo.

He is voiced by Toshiyuki Morikawa in the Japanese version of the anime and by Patrick Seitz in the English version, and he was portrayed by Yōsuke Eguchi in the 2018 live-action film, who also played Hajime Saitō in the Rurouni Kenshin live-action series.

Isshin Shiba came from Shiba Clan in Soul Society the members include former head Kaien Shiba who resembled his son. 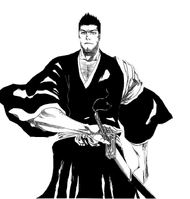 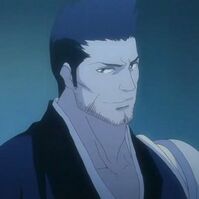 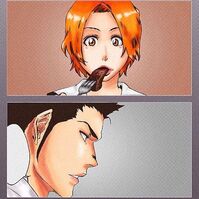 Young Issh and Masaki at the dinner. 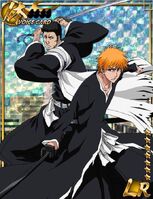