Save Ace from Execution (failed).

Get Revenge on Blackbeard (failed).
Defeat Orochi and Kaido (ongoing).

Izo is a character in the anime and manga series One Piece. He hails from the country of Wano, but at some point in the past, for some unknown reason, left the country to beocme a Pirate. He eventually became a member of the Whitebeard Pirates, becoming one of Edward Newgate's valued sons, and the Commander of the Sixteenth Division. This makes him one of three citizens of Wano to be members of the Whitebeard Pirates, along with Kozuki Oden and Kozuki Toki, and one of two to be a division commander, along with Oden. He's the elder brother of Kikunojo. Before leaving Wano, he was the heir to his father's dancing school, Hanayanagi School. He was also one of Kozuki Oden's retainers in the past, before the latter man's tragic death.

Izo is a Taikomochi, a type of male Geisha, which, in real life, were actually the original Geishas before women started taking those jobs. Because of this, he is almost aways seen wearing the attire and makeup required, implying that it's more than just a job for him, but a way of life, an important part of his personality.

He was fiercely loyal to Whitebeard, and his death struck Izo just as much as it did all of the others. After the deaths of Whitebeard and Ace, Izo remained in the crew for a little while, accepting Marco as the new Captain, and aided them in their quest of revenge against Blackbeard. After they failed the Payback War, the Whitebeard crew broke up, and for awhile it was unknown what happened to Izo, until eventually he showed up again, arrving back at Wano to help the Straw Hat Pirates and the Nine Red Scabbards in their efforts fighting against Kurozumi Orochi, Kaido, and the Beast Pirates.

Izo is a tall man, with long, black hair tied up in a way that resembles that of a Geisha, black eyes, pale skin, and purple lipstick. He's always seen wearing the standard wardrobe expected of a Geisha, colored mostly pink, but purple on the inside. 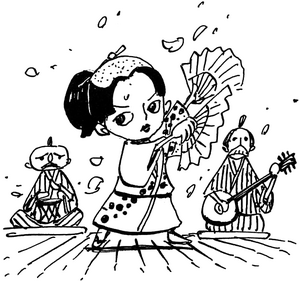 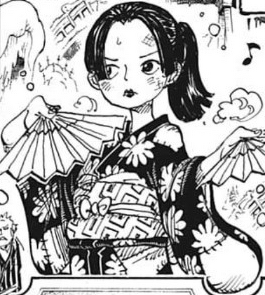 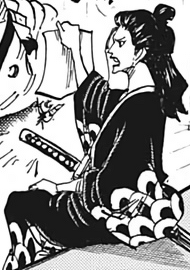 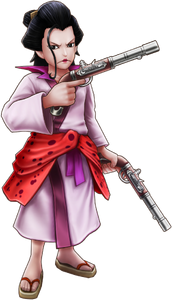 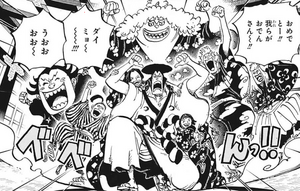 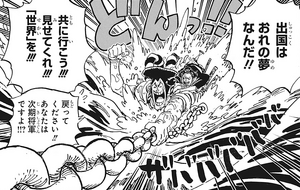 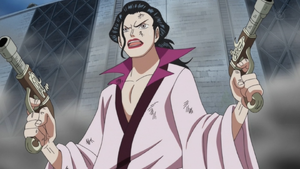