Ninth One For All User

One For All Quirk

Training.
Strategizing battles, Quirks, and rescuing.
Spending time with his family and friends.

Train and strengthen his weak body in order to inherit One For All at 100% (ongoing).

Pass the Entrance Exam and be enrolled at U.A High School's hero course (succeeded).
Become the World's Greatest Hero.
Become a Hero who saves Everyone.
Help out and protect his family, friends, and loved ones anyway he can.
Leave U.A High to keep his family, friends, and teachers from getting killed.
Defeat the League of Villains.
Defeat All For One.
Defeat and save Tomura Shigaraki from All For One's influences (all ongoing).

A smiling... dependable... cool hero... That's what I wanna be! That's why I'm giving it everything! For everyone!Izuku Midoriya.

Izuku Midoriya is the main protagonist of the popular anime and manga series My Hero Academia. Izuku's hero name is Deku. He was originally Quirkless but after meeting All Might and impressing him with his bravery, he gained One For All and became its ninth user.

In the anime, Izuku is voiced by

in the Japanese version, and by

and Lara Woodhull as a child in the English version.

Izuku is a teenage boy with green eyes and messy dark green hair, many people believe his hair might be black, but the messiness casts a shadow on his own hair.

During his time at Junior High School, he wore a black gakuran uniform with yellow buttons. At UA, he wears the standard male uniform: a light grey suit over a white dress shirt and dark green dress pants, along with a red necktie. Izuku usually wears his over sized red boots.

Though initially very skinny, Izuku has gained an array of well-developed abdominal muscles after his extensive training with All Might, and at UA respectively.

Izuku is generally characterized as a nervous, honest, and cheerful boy. Despite being born Quirkless, Izuku held onto his lifelong dream of becoming a hero is deeply inspired by the No. 1 Hero: All Might. While commonly showing his nervousness and sometimes meek attitude, Izuku commonly displays his heroic spirit with incredible determination and selfless nature, as shown when he rushed in to save Katsuki and Ochaco despite the danger posed to himself as well. Izuku becomes elated when having the opportunity to gain a Quirk, attend U.A. High, but also dutifully carries the goal of becoming All Might's successor to carry the One For All Quirk.

A big fan of heroes, Izuku has a wide knowledge of many Pro Heroes, especially All Might with him knowing all of the No. 1's achievements and feats, no matter how small or trivial. Having admired All Might, he is also an avid collector of his merchandise as seen with his dormitory room. Izuku is also very intelligent and informative in terms of the Quirks and abilities of others, often inventing methods, strategies and ways to improve them. This results in Izuku having a habit to drone on and mumble whenever he focuses on something, a trait that tends to unnerve his peers somewhat.

Izuku can also be defined as a dynamic character. While at first he started off as insecure, tearful, and unconfident in his own powers, abilities and handling of his Quirk, he soon develops into a more focused, diligent and determined character, with his sights set on becoming a great hero. His time at U.A. and experiences, alongside serving as All Might's successor for One For All, has served greatly in his growth as both a character and a hero-in-training.

What truly defines Izuku, is his ultimately heroic spirit and willingness to help or save anyone, never hesitating to do so even if he lacks the strength or abilities. He was immediately suspicious and wary after witnessing Eri's fear and the bandages around her arms, after failing to save her from the incident remained on his mind and was later horrified upon learning the truth of her mistreatment. This however, while indeed weighing on his conscience, also further fueled his desire to save her alongside his comrade Mirio Togata.

He has also been able to help others with their personal conflicts and issues, having turned several characters who were previously antagonistic towards him into gaining strong respect and even a sense of admiration for him. Along with his strong desire to save others is his determination to win fights, something that he took from his childhood friend, Katsuki Bakugo. Izuku actually goes so far as to emulate Katsuki's behavior during battle because his idea of victory is so engrained with the image of Katsuki in his mind, though he admits he doesn't like this side of him very much.

Izuku also shows a sympathetic and merciful attitude towards villains he encounters. While he acknowledges that there are villains too evil and merciless to deserve his sympathy, he wonders about the circumstances that drove them into villainy in the first place. Due to this, he often wants to save villains that need it, no matter what of their crimes, such as offering the Gentle Criminal and his partner, La Brava, to a better path in life.

He even believed that he can save his arch-enemy Tomura Shigaraki from All For One's influence despite being the ultimate evil, once he saw what remained of Tenko Shimura's humanity and innocence after Tomura tried to invade his consciousness. While the other users believed that Tomura was beyond saving and the destruction he will cause will be irreversible, Izuku believes that One For All should be used to save rather than kill, which All Might taught him, as he still wants to save Tomura no matter what. He also tries to reason with Muscular if there was any path for him to take and why he committed all these murders, same with Lady Nagant, a fallen Pro Hero due to the dark side of Hero Society until he gotten her to open her eyes, and even Kai Chisaki of all people, kept a promise he made from Nagant when he genuinely wanted to apologize to his boss but in conditions if he would ever feel the same way to Eri after what he had done to her.

After he woke up from his coma, Izuku was discharged from the hospital afterwards. Then later on, in April, he wrote letters to each of his classmates in 1-A, including Ochaco, revealing that the truth behind his Quirk being a power passed down to him by All Might, that All For One and Tomura Shigaraki are now after him because of it, and that he left U.A. High. By the start of what would be his second year in April, Izuku left U.A. High for that matter to keep them safe.

Even prior to acquiring his Quirk, Izuku showed many traits that deemed him as a heroic person such as his courage and selflessness for helping those in need of help and saving. These traits alone caught the attention of his icon, All Might himself, who decided he would be fit to wield his Quirk, One For All, and carry on his legacy as his successor, the next symbol of peace, the ninth user of One For All, and for Izuku to achieve his dream to become the World’s Greatest Hero.

Though the power and nature of One For All is exceptionally incredible, it is not something that can be handled easily. In Izuku's case, it was initially very difficult for him to handle, as he would constantly put himself through major injuries when using it recklessly. Even prior to this, he had to go through months of physical training to prepare his body for the Quirk. Should he try to go beyond his limits, the Quirk would inflict serious pain and damage to his limbs, as well as draw out his stamina. As time went on, Izuku learned to surpass his limits and continues to do so to this day. Due to him now Inheriting a Danger Sense Quirk, it will take a bigger toll on his body. With all the other Quirks combined, Izuku has been revealed that he may be the Last Wielder of One For All. 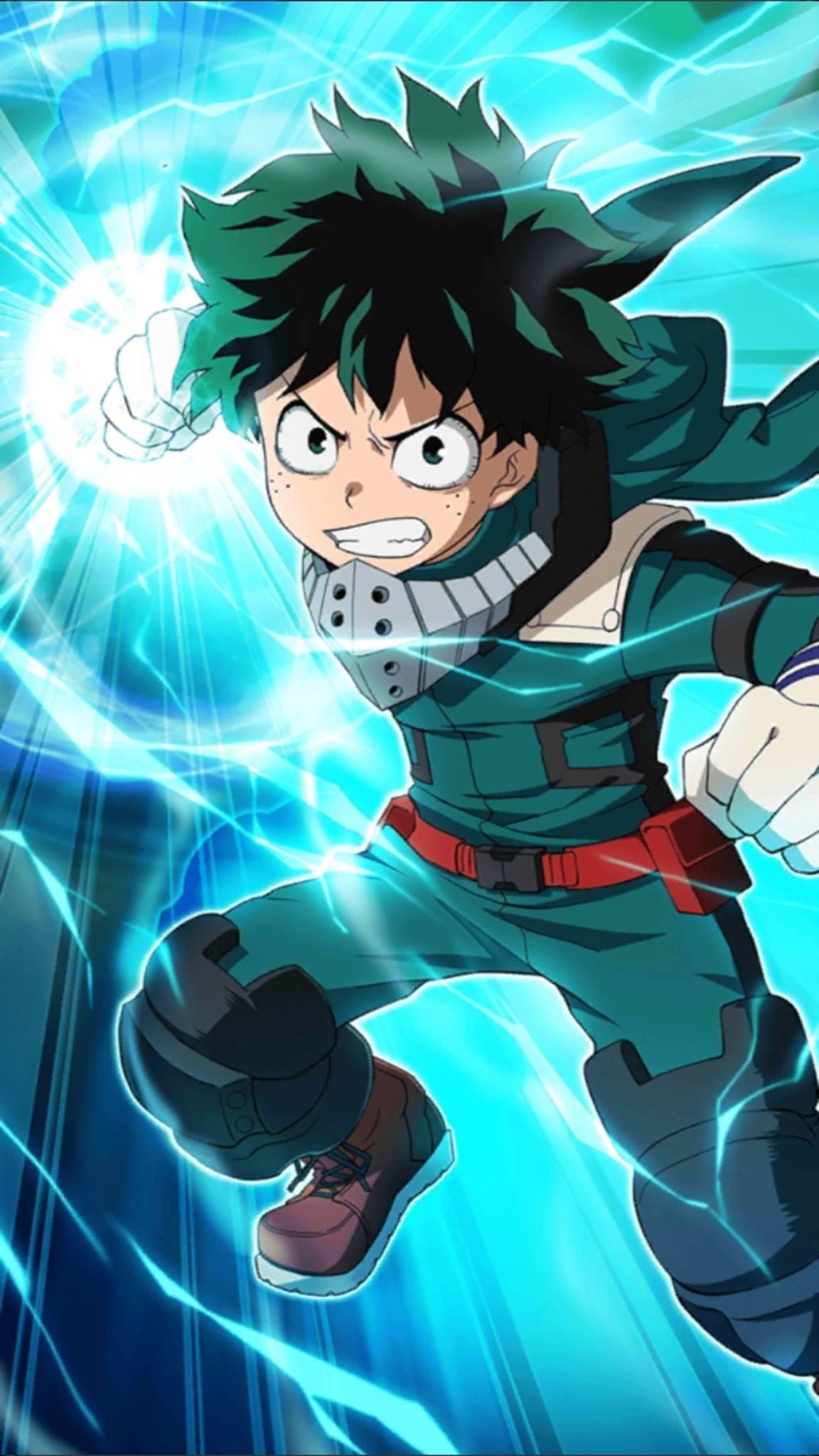 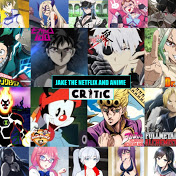