Playing with his siblings

Defeat Syndrome and the Screenslaver (both succeeded)

John Jackson Parr (also known as Jack-Jack) is a supporting character from Pixar's The Incredibles, the titular main antagonist of the short film Jack-Jack Attack, and one of the two secondary tritagonists in it's sequel Incredibles 2. He is the infant son of Mr. Incredible and Elastigirl, and the younger brother of Violet Parr and Dash Parr. He gained his super powers during the events of the short Jack-Jack Attack.

Molecular Manipulation: More than simply shape-shifting, Jack-Jack can control his molecular make up entirely allowing him to turn into non-organic elements. It's unknown if he can affect more than just himself with this ability. 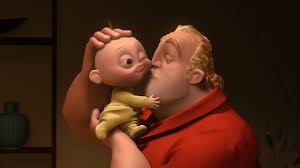 Jack-Jack and his dad 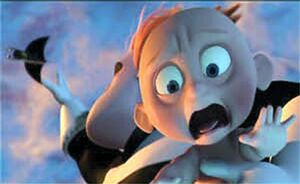 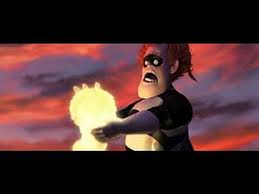 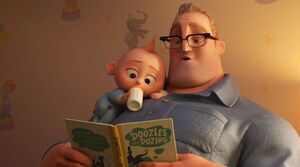 Jack-Jack being read a bedtime story by his dad 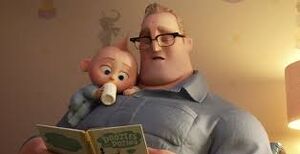 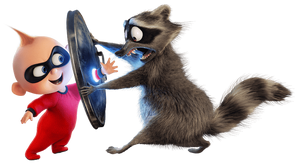 Jack-Jack vs a raccoon 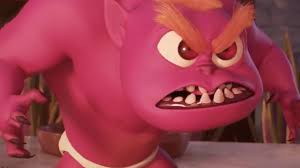 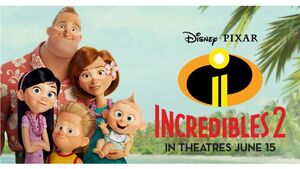 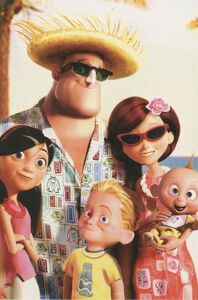