Jackson "Jack" Darby is 16-year and the intelligent boy in Transformers: Prime series. He live Jasper, Nevada at a place called with his mother, June Darby, and he makes everything to make girls the effect.

When Jack first met with his Autobot-protector Arcee, she initially felt burdened by him. However, she eventually formed an attachment towards him, and warmed up to him just like a big sister. When Optimus Prime lost his memory, Jack and Arcee left to Cybertron download the Prime's memories. And he even taught the new Autobot, Smokescreen about blending-in on Earth. When Starscream, Soundwave, and Knock Out captured Jack, Miko and Raf and Megatron promised to give them back if Autobots surrender Megatron's Omega-keys. Autobots give the keys but when Megatron tried to convert the Cybertron and Earth Optimus Prime destroyed the Omega Lock and Jack, Miko and Rafael were saved. The end battle the Autobots & Decepticons war ended when Bumblebee finally killed Megatron and the Autobots used the new Omega Lock to successfully revive Cybertron. Despite most of Team Prime returning to Cybertron, Jack became a new agent under Agent Fowler's Unit E. 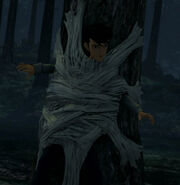 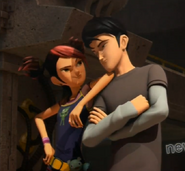