Jack Jeebs is a supporting character and an anti-hero in the Men In Black franchise.

Jack Jeebs is an alien living on Earth, disguised of a pawn shop owner who deals in stolen objects, both alien and human. Jeebs has always been a shady character, but has proved useful for Agents Kay and Jay. He has watches and other such stuff for humans, but he also sells highly illegal alien technology and guns for the aliens.

Jeebs owned a pawn shop that dealt in questionably obtained objects. He claimed to have not dealt in alien weaponry in five years, but in reality still sold unlicensed firearms to aliens, without much regard to the aliens' intentions. James Edwards seemed to know Jeebs very well as a cop, long before becoming Agent J, so Jeebs likely had several run-ins with the police. After Kay blew off Jeebs' head, Jeebs admitted about selling a reverberating carbonizer with mutate capacity to an unlicensed Cephalapoid, because the latter didn't seemed suspicious in Jeebs' eyes. response was "He looked alright to me." He was then interrogated by Kay about the cephalapod's intended victim, although he kepy denying any knowledge even under duress. Kay and Jay left the store, but not before warning Jeebs that if he doesn't clear out the alien weaponry, he'll be shot "where it don't grow back".

Men in Black: The Series

Jeebs was a recurring character in the series. He was very similar to his cinematic version, aside from having a brother, whom he once became fused together when they were both shot and regenerated in close proximity of each other. He also occasionally extorted by criminals, usually by Alpha, but also by hostile aliens.

Despite his shady dealings, Jeebs once again proved to be very helpful, albeit because J implicitly threatened to blow his head off again rather than out of benevolent intentions, recovering Kay's memory to an extent with an unlicensed (and outdated) de-neuralyzer. His pawn shop basement was largely destroyed during a fight with Serleena's henchmen, and it can be presumed Jeebs had it fixed. 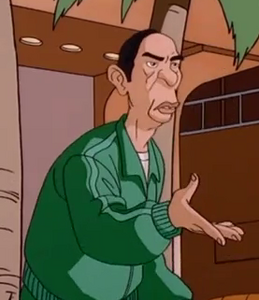 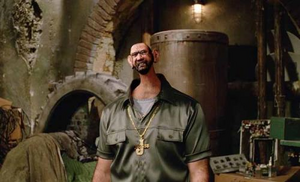