Jackie is an 11-year-old tomboyish girl in Cyberchase. She has light brown skin and curly black hair in a bun while she wears a yellow sweater/scrunchie, a sky blue skirt, a red bracelet/earrings/necklace, and lavender/white hi-tops. Jackie loves to keep things neat and organized in order to figure things out. She has black hair worn in a bun, and she wears a yellow sweater with a sky blue denim skirt, red jewelry, and dull lavender hi-tops. Jackie's biggest pet peeve is slimy and icky stuff like bugs and many other "gross" things. Like Inez, she was very fond of Slider. In a running gag in Seasons 1–4, Jackie freaked out when in crises, pacing while trying to figure out a solution, saying "Make room, I gotta pace!"

She is voiced by Novie Edwards who also voiced Leshawna in Total Drama Island and Kira in Iggy Arbuckle.

Despite being beautiful, Jackie is known to be melodramatic at times, resulting in Matt making fun of her. It is always a necessity for her to create a plan before she and the Cybersquad could start a quest or try something new. She paces when she needs to think carefully. She can be very soft and sweet when it comes to meeting little or young cyborgs, such as Poddling No.1 (or Annie), in which she became good friends with in "The Poddleville Case". She has a big dislike for insects and bugs, or anything else messy or gross she comes across. One of her most common phrases to say is "Ew, Ew, and double Ew!" when she's around those very things. She also freaks out when she and her friends are in a crisis, though this decreases in later seasons. 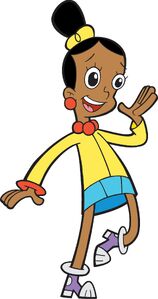 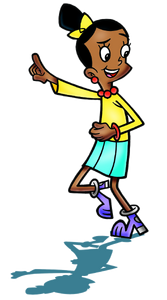 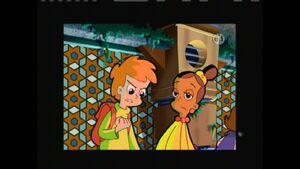 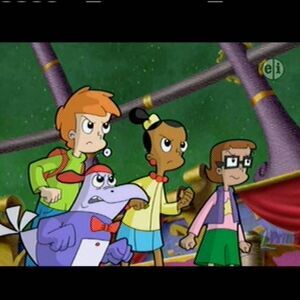 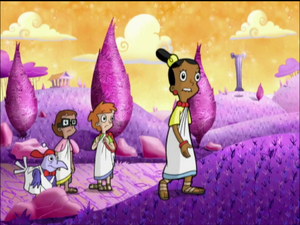 Retrieved from "https://hero.fandom.com/wiki/Jackie_(Cyberchase)?oldid=2089912"
Community content is available under CC-BY-SA unless otherwise noted.