Fighter
Jacky Bryant is a character from the Virtua Fighter video game series.

He was voiced by Eric Kelso.

Jacky is a professional racer, a Jeet Kune Do practitioner and a older brother of Sarah Bryant. Jacky was caught in a terrible accident and had to endure two years of painstaking rehabilitation. He found Judgment 6, which is the reason behind the accident.

During that time, his sister Sarah disappeared. Jacky participated in the first World Fighting Championships and looked for the J6 to sponsor the tournament. He faced his sister but failed to save her. He was becomes a Jeet Kune Do instructor and entered the second tournament with the intention of trying to save his sister again. When he did save her, the memory of poor Sarah was erased after they tried not to brainwash her. When Sarah entered the third tournament, Jacky secretly entered to protect her. When she regained her memory and reunited with him, Jacky tried to focus on starting his own racing team.

When some of his potential sponsors were killed, J6 claimed responsibility and threatened to kill more if Jacky didn't participate in the fourth tournament. Jacky took part in the tournament but had to deal with his sister's bodyguard Vanessa missing. Completely tired of J6's past and present interference with Sarah's life, Jacky entered the fifth tournament and ended the mysterious syndicate. 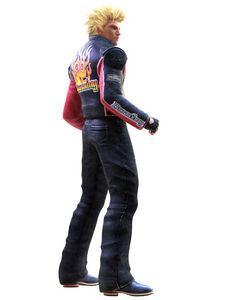 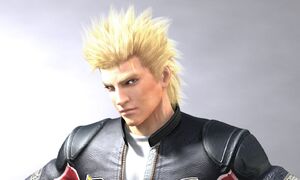