Jade is a character first introduced in Spawn: The Animated Series.

She is first seeing posing as a reporter under the name Lisa Wu and when she was investigating the Rat City alley murders and worked her way into finding out who the new Hellspawn really was.

After she finally discovered the Hellspawn after his battle with the vampire Lilly, Jade allowed Spawn to go revive and heal his wounds, stating that she wanted a fair fight. In the time between doing this and hunting him, she realized that this Spawn wasn’t like the rest. She spared Spawn for his heart and told him that if he could use his shroud for good he could start a new life.

Failing her sworn duty to kill all the Hellspawn throughout the ages, Heaven sent their bounty hunters for Jade. Upon realizing that if she failed in killing the Hellspawn that she’d never find eternal peace, she convinced Al to kill her. By being killed at the hands of a Hellspawn, Jade’s soul would be able to rest in the Elysian Fields, where warriors go that are killed by Hellspawn in battle. With great difficulty, Al plunged her own sword through her chest, ending her Earthly life. 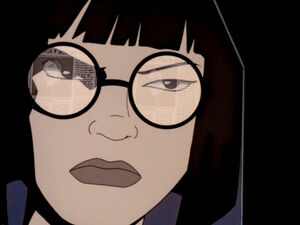 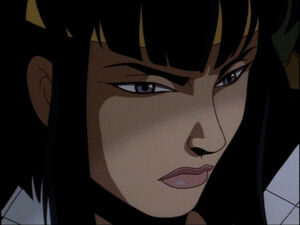 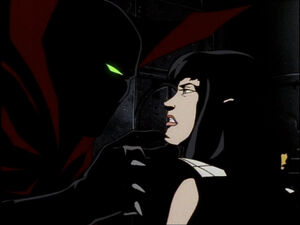 Jade and Spawn
Add a photo to this gallery
Retrieved from "https://hero.fandom.com/wiki/Jade_(Spawn)?oldid=1532528"
Community content is available under CC-BY-SA unless otherwise noted.