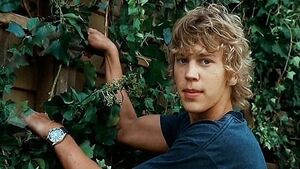 Jake Pearson is the secondary protagonist of Aliens in the Attic. He is the older brother of Art and Lee. He can be aggressive and likes to take immediate action. He loves his new paintball gun. Like, Art and Lee, he is spoiled by Nate. Jake, also had Tom and Lee, like his minions. He follows a cult known as the warrior code.

He and the other kids go to young cousin Hannah's aid, after believing she's being attacked by an alien. He had bit of a grudge on his cousin Tom, but soon gets over it and they become friends. He likes fireworks.

Jake is mean and very controlling at the start of the movie but by the end he has become more caring and has become a better person. He had bit of a grudge on cousin Tom, but soon gets over it and they become friends. He likes fireworks. 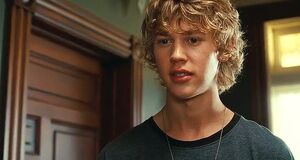 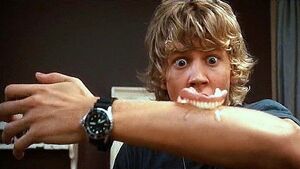