Jacob "Jake" Pentecost (b. May 2009) is the main protagonist of the 2018 Blockbuster sequel Pacific Rim: Uprising.

The son of Stacker Pentecost and adoptive brother of Mako Mori, the death of his father during the events of the first movie left him an orphan, growing up in a slum that was heavily affected by the destruction caused by the Kaiju in the first movie.

He is portrayed by John Boyega, who also plays Finn in the Star Wars series.

Being forced to steal spare parts in order to trade them for food, his search for spare parts caused him to cross paths with Amara Namani, who unwittingly forced him to enter her custom-made Jaeger that ended up on a destructive joyride. After he and Amara got arrested, Mako arranged for both of them to be recruited into the Pan Pacific Defense Corps.

Jake clashed with his fellow teammates out a desire to get out of his father's shadow, but eventually warmed up to them, who in turn began to appreciate for his own skills and virtues and not just because he was Stacker's son.

When Dr. Newton Geiszler (having surrendered his mind and body to the Precursors) opened up the interdimensional portal between the Pacific Rim Universe and the MonsterVerse (whiich had been closed after the events of the first movie), three Kaiju entered the Pacific Rim Universe with the intent of detonating Mount Fuji in order to wipe out humanity. Jake led the Defense Corps in battle against the Kaiju and successfully killed them. He later defeated Dr. Geiszler effortlessly and arrested him, declaring that the Defense Force will enter the MonsterVerse and defeat them in their home universe.

Jake is aggressive and confrontational, but is mature and wise, often giving advice to his teammates or just serving as a voice of reason. 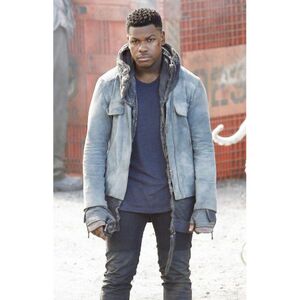 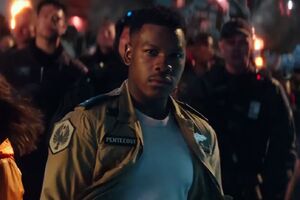 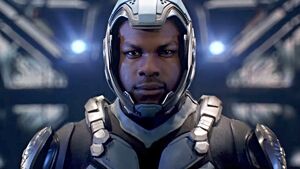 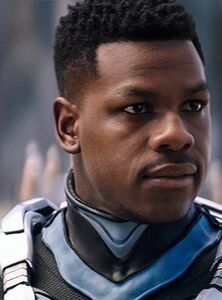 Retrieved from "https://hero.fandom.com/wiki/Jake_Pentecost?oldid=1857982"
Community content is available under CC-BY-SA unless otherwise noted.