Jam Kuradoberi is a heroine from Guilty Gear. She is of Chinese descent, and is one of the few characters in the game who fights bare-fisted, supplemented with Ki force. She is a talented chef and a restaurant owner, whose business is constantly being affected by the events in the story.

Jam stands 5'4" tall, with long brown hair worn in a waist-length loop and secured at the top of her head with a "Pokka" Oolog tea can. She has brown eyes, fair skin, and a very athletic (and very attractive) physique. Jam's costume is a tight-fitting Chinese-styled dress of red silk and black trim. It has no sleeves and falls to about the top of her thighs and is cut high over the hip. Under this she wears a second skirt, which is white with red trim and about the same length as the red dress (but it covers her hips, which the red dress doesn't). On her arms she wears wide "sleeves" made from red silk with black trim. These sleeves are held on by straps at her upper bicep. On her feet Jam wears high-heeled red boots with black trim.

Jam is a woman who often jumps to conclusions and is quick to make decisions, while taking the consideration of others into account. In Guilty Gear XX, she immediately got into fights with the other characters, suspecting them as the arsonists who burnt her restaurant down. Jam also takes great pride in her Chinese heritage and skill in both fighting and cooking, often using food as a reference. Overall, she is a very energetic person who is sometimes a little silly, but still tries to establish friendships.

Jam is a master chef, and longs to create her own restaurant, but lacks the means to do so. She seems to have terrible luck in this endeavor even once she gets it off the ground. She's a fairly docile character, and also relatively unimportant during the beginning arches of the storyline. However, during Guilty Gear XX, Jam's ability to wield Ki becomes a very notable aspect, so her role in the story, in fact, grows more important. She can be described as a bit of a flirt, as she has hit on both Bridget and Ky Kiske in her story.

Jam is wandering about, allegedly having heard rumors about mystical ingredients to be found at "The Devil's Living Place", where Dizzy resides. When she runs into Testament, she claims to be looking for "ingredients," which he mistakes for "atonement" (because the two words are homophones in the Japanese language). After her battle with Testament, she goes on to fight Dizzy, who thinks that she's trying to eat her (or simply kill her). In one ending, Jam is able to get the ingredients she sought for, which were allegedly unknown to mankind. In the other, the field is burned down during the battle. In both, she defeats Dizzy, and probably leaves on friendly terms. According to information given in Guilty Gear XX, she later claims the bounty for Dizzy's defeat, and uses the money to start her restaurant.

Jam's restaurant, which is now up and running, is burned down by a mysterious figure who dresses very similar to Ky Kiske. She engages the said arsonist at the scene, and then the story branches out. In one path, she accuses several people of being the arsonist, and then finds another the false Ky Kiske, who is revealed to be a robotic version known as Robo-Ky; two endings come from this. In one, someone — presumably from the Post-War Administration Bureau — is revealed to be watching her using a crystal ball, and concludes that her fighting data would be useful for their next "simulation project" (there will not be a Robo-Jam in the works, though this may also foreshadow Robo-Ky Mk. II). The other has the Robo-Ky call in reinforcements (in the form of MORE Robo-Ky's) which Jam fights a few of, until Ky Kiske appears to intervene. Jam wards off a brainwashed May, while Ky disposes of the aforementioned Robo-Kys. Jam then offers to share a picnic with the Holy Knight, arguing that food is the cure for a bad mood, after the whole arson issue is cleared.

Jam's other path has her meet I-No, who gives her a false list of bounties, including Venom, Johnny, and Millia Rage. After fighting I-No again and finding out that the bounties are false, she tries to make it up to the aforementioned victims by cooking for them. Venom and Millia Rage, unable to sit anywhere near each other (and drunk on top of that), end up slinging insults until they fight. The ensuing battle destroys Jam's new stall, which she has started up since she lacks the finances for a new restaurant.

Jam needs to recover loans to maintain her restaurant. When Chipp Zanuff visits her to ask her to vote him as a president, she tells him she'll vote him if he remains as a client of her restaurant. After having a large dinner, Chipp escapes without paying the bill. Robo-Ky goes into the restaurant with the order of arresting her, and the fight destroys the place. Slayer suggests her to serve more variety of foods, and she looks for Baiken for learning to cook Japanese food, but fails. At one point, she is accosted by Crow and a copy of Justice. Finally, she has the idea of having attractive waiters to work in the restaurant, and she finishes contracting Bridget to do the work. (Path 1)

If the player defeated the Justice copy with Jam's Instant Kill, however, Jam strongarms Crow into coming to her restaurant, though not without Potemkin trying to take Crow off of her hands. She later serves a meal to Axl Low and battles a Robo-Ky unit trying to take Crow back. The commotion, however leads not just to Axl spiralling through time against his will again, but dragging Jam, the Robo-Kys and Crow with him. Jam, dismayed at not being able to control her establishment in another timeframe, takes out her frustration on all present (Path 2).

Jam is an excellent choice for those who want to focus on melee and rushdown attacks, as well as aerial combos. Jam is one of the best characters for pulling combos and maneuvering as she can be watched flying across the screen. Most of her attacks would require her to charge, ensuring that moves such as Ryujin do more damage. Jam's special attacks can be linked to one another, similar to Chipp's, and can be comboed to do larger amounts of damage. Her overdrives, such Renhoukyaku make an excellent finisher and has a fast summon rate.

Jam has good run speed and easy combo follow ups, but while charging she is vulnerable, and can be interrupted, making it hard for the player to do full damage with her special attacks. But overall, she is an easy character to pick up an play with only attention to be paid on combos.

In Jam's EX mode, her gameplay becomes almost completely consistent of melee, losing all her aerial moves with the exception of Houeikyaku, which becomes one of the worst Overdrives in the game, doing little damage and having a limited range. Her advantages in EX mode is that Jam's special attacks will specialize in knocking back the opponent, preventing a quick recovery.

Jam's power comes from her ability to wield Ki. Aside from being a user of Ki, Jam is also a martial artist. She is fairly formidable, even enough to enlist herself as a bounty hunter, and to be wanted by That Man for her abilities. 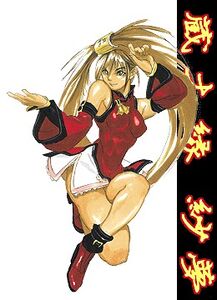 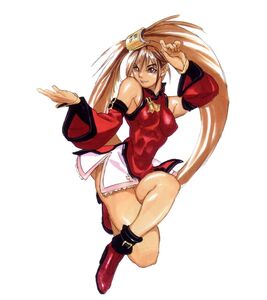 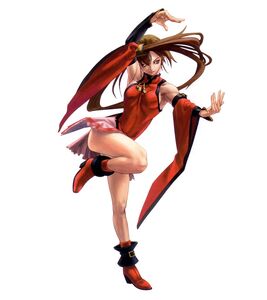 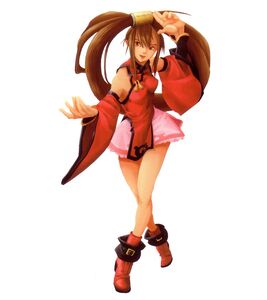 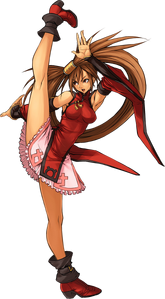 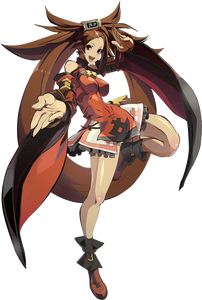 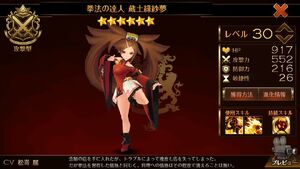 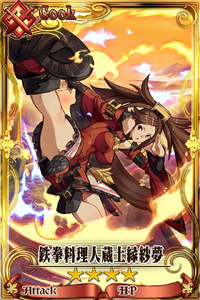 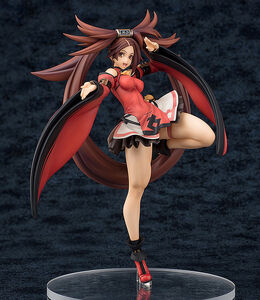 Retrieved from "https://hero.fandom.com/wiki/Jam_Kuradoberi?oldid=1812736"
Community content is available under CC-BY-SA unless otherwise noted.