NOTE: In this version, Hook is an anti-hero. The last quote foreshadows his and Peter's eventual rivalry.

Captain James Hook (simply known as Hook) is the deuteragonist and anti-hero in the 2015 fantasy film Pan.

Hook is portrayed by Garrett Hedlund, who also portrays Murtagh in Eragon and Sam Flynn in Tron: Legacy.

In the original Peter Pan story, Hook is the main antagonist, but in this version, Pan, he is Peter Pan's ally who eventually betrays him, and he becomes very similar to the Captain Hook in the original story.

When Hook and Peter first met in the mines, James Hook is also one of the forced miners who are working for Blackbeard to find Fairy Dusts. Peter Pan asked several questions to him. another scene he appeared is when Blackbeard kicked Peter and Peter flown for the first time. then they met again on the dungeon, calling Peter "Flyboy" because of him flying. he told peter his escape plan and wanted him to help him escape, with also the help of his friend Smee which is gonna be he's boatswain, first-mate and trusty sidekick later on. then they both rode a flying ship together with Smee, Hook with the intention of escaping Neverland was stopped by Peter because of the boy's desire of finding his mother, they eventually crashed and landed on the lands of the tribes. they got chased by a huge bird, until the natives found them and held them prisoners. but Princess Tigerlily said that they have to fight for their freedom, which is their last chance of living, against their warrior, their "Pan". Hook is forced to have a hand-to-hand combat with their Pan, until Peter come to his rescue and the Chief ordered them to stop because the little boy has the "pan" which is referred to Peter's necklace, which is revealed to be the key of the Fairy Kingdom. and hook dizzily added "He's a boy who can fly,". Hook also appears to be rather charming and flirty. specially towards to Princess Tigerlily, even telling the secret about the Fairy Kingdom just to save the princess.

Hook next appeared when they were in the boat with Peter and Tigerlily, he dipped his hand in the water, but Tigerlily said they were crocodiles in there which made Hook to fastly get his hand out of the water. several minutes later they actually encountered one. he swum and eventually found a ship. which is now famously known as "Jolly Roger". Hook eventually saved the two upon entering the Kingdom. Hook was supposed to die, but Peter saved him by flying. he landed on a crystal and watched Peter defeat Blackbeard. the next thing he did is to they used Jolly Roger to go on the Mainland or to Lamberth's Home for Boys to fetch the kids who will later become "Lost Boys". in the end, Peter asked Hook if they're still going to be friends, in which hook replied Yes. 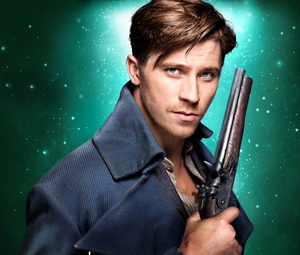 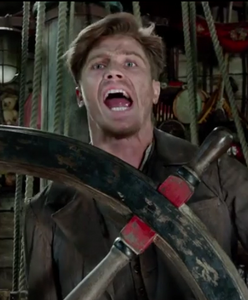 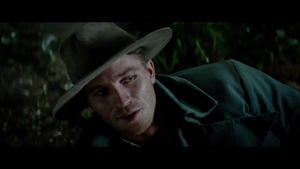 Hook in the jungle. 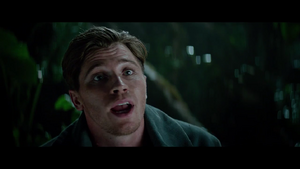 Hook talking to a stranger. 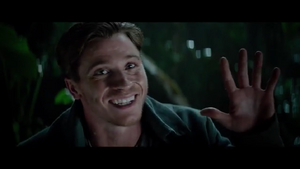 Hook trying to make peace before being knocked out.

Hook is trying to think of something.