Get revenge on Peter Griffin (Formerly). Redeem himself by helping the Griffin family (succeeded). Confront his Springfield counterpart (sort of succeeded).

James Woods was an egomaniac and a greedy man, for this reasons was also hated by the entire Quahog, especially by Peter Griffin, but with the help of Priscilla, he has repented and has turned the page, it had become a good guy. He was later killed by Diane Simmons who wanted revenge for leaving her and then she tried to blame Tom Tucker murder, who wanted revenge for have fired her, but her plan was foiled by Lois and Diane was killed by Stewie.

In the episode "Tom Tucker: The Man and his Dream", James Woods will return to life.

In "The Simpsons Guy", he faced his Springfield counterpart from The Simpsons.

In "Inside Family Guy" he is the narrator of the episode.

He is voiced by himself. James Woods also played Jack Crow in the 1998 horror film Vampires. 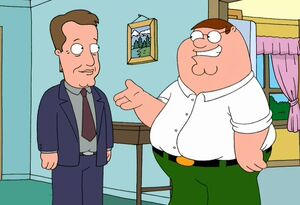 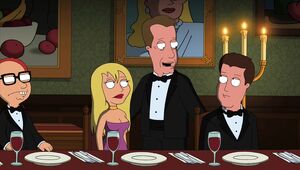 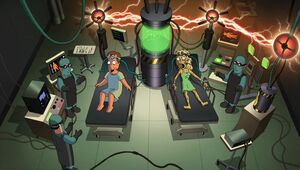 The Resurrection Of James Woods 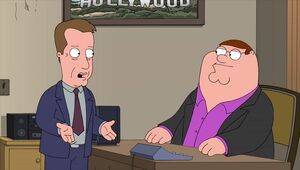 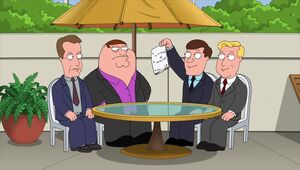 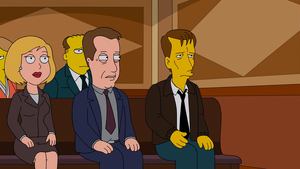 James Woods in "The Simpsons Guy"