The Queen of Egypt

Anthropomorphic Parent
Jane Read is a character from the Arthur picture books and TV series. She is Arthur, D.W. and Kate's mother and David's wife.

She is voiced by Sonja Ball, who also voiced Huckle Cat, in the cartoon, and by Jennifer Hewitt in the computer games Arthur's Teacher Trouble and Arthur's Birthday.

As a child, Jane presumably lived on the farm of her father Dave (since it's been said that he's lived on it for a long time). It is known that she met and began dating David in her high school years. In addition to her children, husband and father, she has many other relatives, which includes a brother named Fred, a sister named Lucy, brothers-in-law Sean and Bud as well as two other unseen brothers-in-law, sisters-in-law Bonnie, Loretta, Chrissy, and Minnie, her late grand-aunt-in-law named Dora Winifred Read (whom her and David's daughter D.W. was named in honor of), her mother-in-law Thora, nephews named George, Ricky, and Ryder, nieces named Cora and Monique along with a third unnamed niece, great-grandfathers Gustav and Theodore along with another unnamed-great-grandfather who is already dead, an unnamed and deceased great-grandmother, her great-great uncle Matthew, and several unnamed in-laws and other relatives. Mister Rogers (who makes an appearance in the episode "Arthur Meets Mr. Rogers" in the form of an anthropomorphic aardvark), claims he knew Jane when she was a child.

Jane Read is an anthropomorphic aardvark with tan skin, round black eyes and shaggy brown hair. Her outfit consists of a dark red sweater, a white shirt that is tucked into her blue jeans, and white shoes with purple loops. She wears a red scarf, yellow shirt, blue shorts, white socks and brown boots.

Like the other members of her family, she originally had a long snout and claws like a real life aardvark in the book Arthur's Nose, but starting with the books released in the '80s, it was gradually shortened until it eventually became completely flat. In the books, she also wore a variety of different clothes of different colors.

Jane has appeared in the Living Books computer games based on Arthur, and had a different appearance than in the cartoon in both Arthur's Teacher Trouble and Arthur's Birthday: In the former, she had light brown skin and orange hair and sometimes sported a straight hairstyle instead of a shaggy one as in the cartoon and books, and in the latter, she had light skin and light brown hair. A possible out-of-universe explanation for these differences from the cartoon and books is the color and tone limitations of 16-bit computer graphics.

Jane is a loving mother towards all three of her kids and has their best interests at heart. Despite that, she sometimes seems to be annoyed by Arthur, D.W. and Kate's actions and is also firmer with them than David is, particularly with Arthur, like when he and D.W. get into fights. Despite this, she and her husband don't appear to be very good at disciplining D.W., as they usually (but not always) either don't punish or punish her to an insufficient degree when she does something wrong, and Jane usually ignores Arthur when he tells her D.W. is bothering him.

The episode "Pick a Car, Any Car" implies that Jane may also have a more greedy and selfish facet to her personality when she imagines herself leaving behind her husband and children to pursue her own interests. Also, in "Revenge of the Chip", she humiliates her daughter D.W. by having an embarrassing story about her published in the newspaper by reporter Bitzi Baxter, which caused D.W. to break out in tears at the humiliation, although she did apologize for it when she realized she'd hurt D.W.'s feelings. 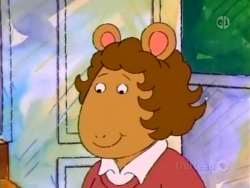 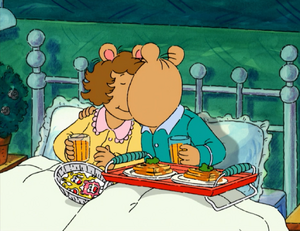 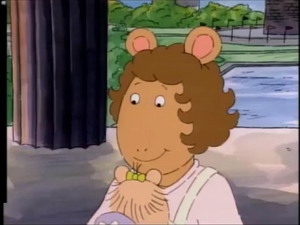 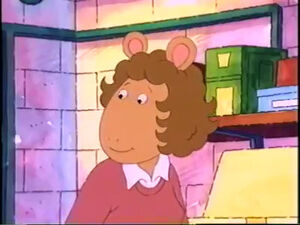 Retrieved from "https://hero.fandom.com/wiki/Jane_Read?oldid=2234175"
Community content is available under CC-BY-SA unless otherwise noted.