First Lieutenant of the Autobots, Second in command

Jazz is an autobot who appears as one of the two secondary tritagonists in Michael Bay's Transformers movie as a Pontiac Soltice car sharing with Robert Epps.

His appearence looks much like his G1 design, only he is colored as uniformly silver white in the Generation One cartoon, he had a black outer-shelled head, white car shell, blue hands and stripes. This makes Jazz one of the only Transformers besides Optimus to appear the same, throughout all incarnations despite not being in the same community/universe.

Personaly-wise, this Jazz and the aligned community Jazz are easy and laid-back often being the cheerful member of the autobots.

He is voiced by Darius McCrary.

The Autobots then return to Sam's house and retrieve the glasses whilst attempting to hide from Sam's parents, which results in their garden being destroyed by Prime's feet and Ratchet (Jazz in the comic adaptation) cutting off the neighborhood's power after accidentally running into an electric transformer (which they blame on an earthquake). That same evening, a secret government organization called Sector 7 arrests Sam and Mikaela and they capture Bumblebee. As the four remaining Autobots debated their next move after Bumblebee's capture the previous night, Jazz showed the most concern for Bumblebee. Arriving on Earth at the same time as Optimus Prime, Ironhide and Ratchet, Jazz's protoform lands in Dodger Stadium then re-appears near the Casa de cadillac car dealership (Sherman Oaks, California). Jazz jumps off the roof of the car shop and quickly scans a modified Pontiac Solstice before meeting up with the other Autobots at Bumblebee's location.

In the final battle, when Bumblebee is unable to fight, Jazz provides cover despite being outnumbered three to one. He fights Brawl alongside Ironhide and Ratchet. Then he takes on the Decepticon leader, Megatron. He orders Ironhide and Ratchet to fall back, deciding to stand his ground in order to protect the humans running away. Despite his efforts trying to injure Megatron, Jazz is dragged up to the tower by Megatron and killed by him. After the battle, other Autobots mourned for Jazz's death.

In the Hasbro storyline, Ratchet eventually revived Jazz using an Allspark shard. This was never shown in later films, as Bay never wanted to use Jazz after the first movie. Despite being dropped, Darius McCrary, Jazz's voice actor, tried to reprise his role as Jazz for Revenge of the Fallen, but was turned down. Despite this, he does appear in other media regarding the last two films.

Jazz is a playable character (and it is required for the player to be Jazz before moving on to the final levels) in the video game based on the 2007 film. However, he also dies in the video game but not because of Megatron. In the Autobot campaign, after successfully taking down Starscream and Blackout who worked together, he was stabbed to death by Brawl, who gloats about his victory at the time Ironhide comes in. In the Decepticon campaign, the player controls Barricade in killing Jazz. 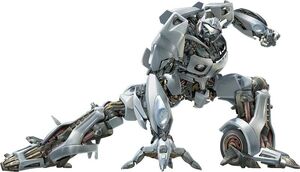 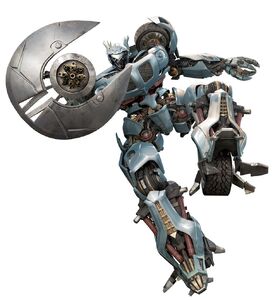 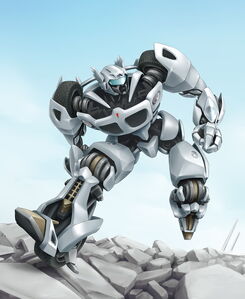 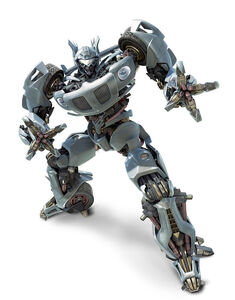 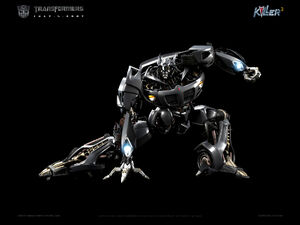 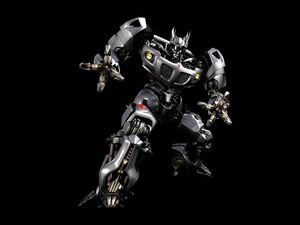 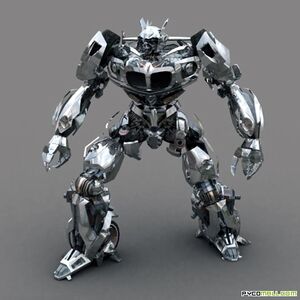 Jazz is grabbed by Megatron.

"You Want a piece of me!" Jazz yelling in an furious at Megatron as he wants to a piece of him before he gets snapped in half.

Jazz's death as he gets snapped apart in half by an furious Megatron in his both hands.

An dying Jazz falling in an building as he gets throwed on the ground by Megatron.

An dying Jazz is violently saved by Ironhide and Ratchet. 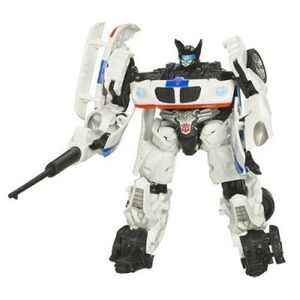 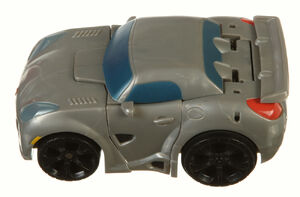 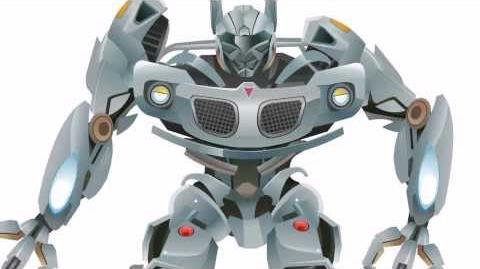