In Love Heroine, Pure Good
Jeanette Miller is one of the four tetartagonists and female deuteragonist of the Alvin and the Chipmunks franchise. She is the second of The Chipettes, younger than Brittany and older than Eleanor.

She is voiced by Janice Karman.

Jeanette can best be described as the "absent-minded professor" of the group. Gifted with extraordinary intelligence, she often is so caught up in contemplating the universe that she forgets the simple matters of life, such as not tripping over her own feet.

She can generally be found with her shoelaces untied, one knee sock wrinkled around her ankle, and her buttons.

She is actually more like Theodore than Simon in a sense, as they are both sweet, timid, and shy, but her interests and talents are closer to Simon's.

Jeanette has very poor vision and is virtually helpless without her glasses. She is also very clumsy, and tends to knock into things often.

She has brown hair and green eyes, but in the anime fan-art, her eyes is blue instead of green, and her signature color is purple. In the series, she has black glasses in the first season and Alvin and the Chipmunks Meet the Wolfman and pink glasses in the second season to the final season and specials.

Jeanette gets along well with Simon of The Chipmunks. However, they are very shy of their relationship.

Though her CGI version retains many of the traits she had in the cartoon, there are some notable differences. She has an insecure personality, regularly saying “I'm not good with things like this.”

However, she eventually learned to be brave and take more risks, though still being cautious.

She is also slightly more outspoken, sometimes surprising even her sisters. Though this may be seen in the third movie, she is not shown to be very clumsy at all; when dancing and performing, she can actually keep up well with her sisters and The Chipmunks, never faltering or stumbling. In the films, she has violet eyes and purple glasses.

Jeanette was born the middle of the three Chipette triplets in Australia. Luckily, they were taken in the care of by an orphaned human girl named Olivia in an orphanage until they were kidnapped by Miss Grudge (the runner of the orphanage) and Eva (another orphan).

Than the night when Olivia was adopted they all escape to New York where they worked as miserable diner waitresses and lived on the streets until they moved to California and eventually hit the big time.

It is implied, much like any other chipmunk, they lived in a tree and were in a large population of other chipmunks, implying that there are many more like them.

In Little Alvin and the Mini-Munks, the girls live with Dave along with their counterparts (including Simon) when they first came to Lalu's house Jeanette used Brittany's lipstick without asking and even ate it which leads up to Brittany to tell on her.

Then Lalu explains to Jeanette that eating lipstick could be a problem which hints at an early development of the clumsy characteristics that are seen in both the CGI and 1980’s versions of Jeanette.

Jeanette is a shy, insecure girl who is quite a klutz, but she is very intelligent and wise. She is also very gentle, kind and sweet as she hates violence and loves all living things.

Jeanette and Simon have a very strong relationship. During the series, it is a relationship that can be described as best friends who have secret crushes on one another.

Simon is always looking out for Jeanette and he always catches her when she falls (literally!) and stands up for her.

Simon seems very protective of Jeanette and the two of them spend a lot of time together. In Big Dreams, they are shown as married in the future. 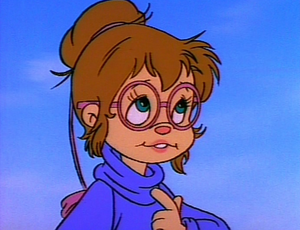 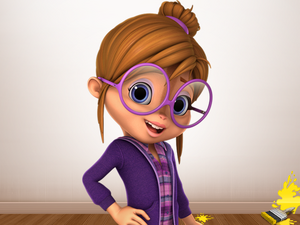 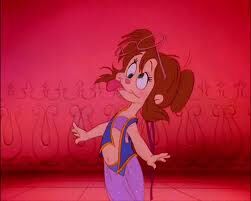 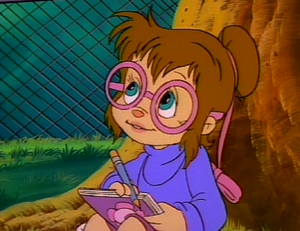 Jeanette writing in her diary. 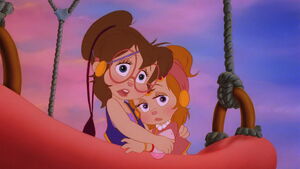 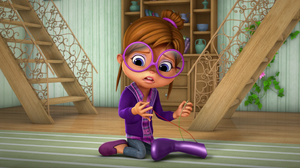 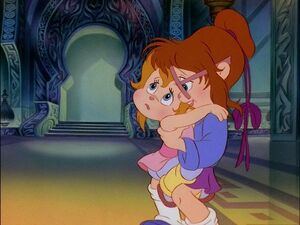 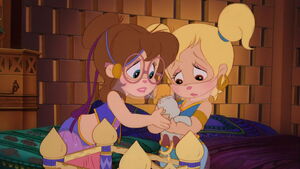 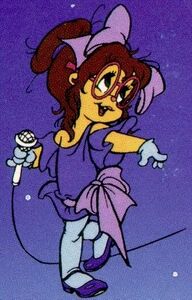 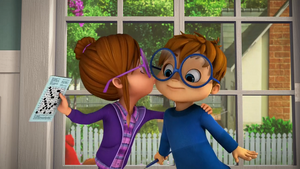 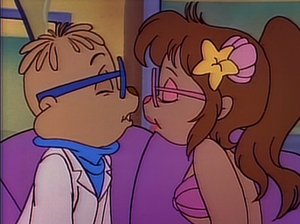 Simon and Jeanette about to kiss. 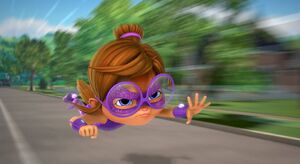 Jeanette as a superheroine. 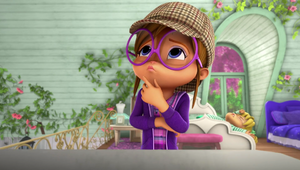 Jeanette as a detective. 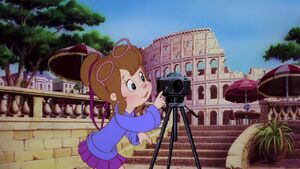 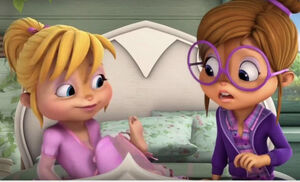 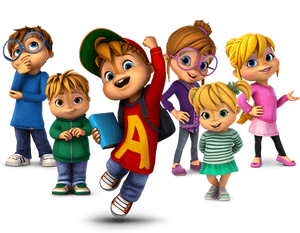 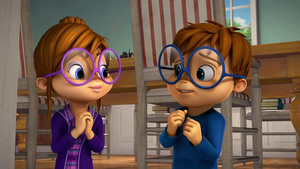 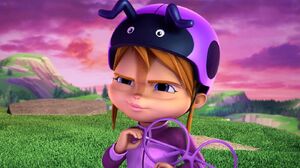