Heroes Wiki
Register
Don't have an account?
Sign In
Advertisement
in: Article stubs, Articles under construction, Female,
and 16 more

Animal
Jenny is a grayish-white turkey who is Reggie's love interest and the tritagonist in Free Birds.

She is voiced by Amy Poehler, who also voiced Sally O‘Malley in Horton Hears a Who!, Bessie Higgenbottom in The Mighty B! and Joy in Inside Out and played Leslie Knope in Parks and Recreation.

Jenny is a female wild turkey with a light blue head and feet with black claws. She a light red knob over her orange beak with a wattle underneath it. She has light blue eyes and long eyelashes. She has two white feathers with black tips at the back of her head,

She wears a shell necklace with a broken shell. 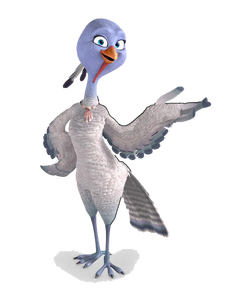 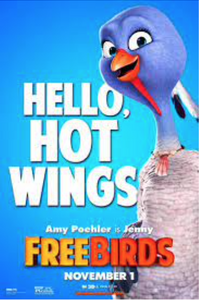 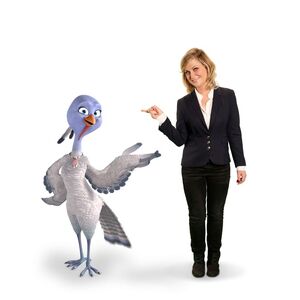 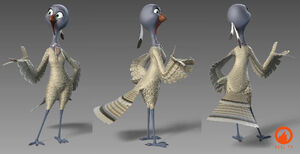 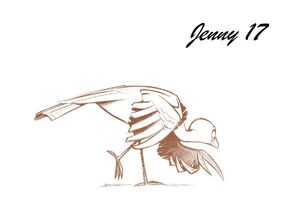 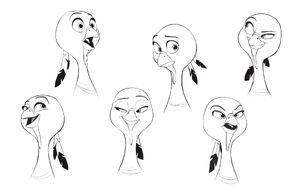 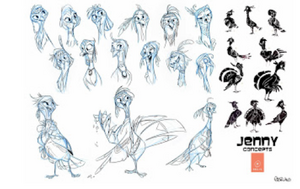 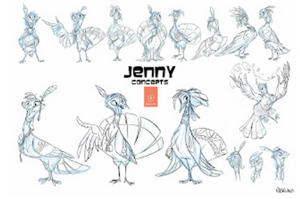 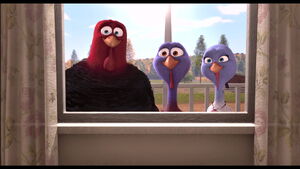