Heroes Wiki
Register
Don't have an account?
Sign In
Advertisement
in: Movie Heroes, Live Action Heroes, In Love,
and 43 more

Spending time with his friends and family

Kill Claire Hennessey, Darryl Ulrich and Pachenko for framing him for the murder of his wife, help Machine Gun Joe and Case escape from prison and get their freedom also reunite with his baby daughter (all succeeded)

Jensen Garner Ames (a.k.a. Frankenstein) is the main protagonist of the 2008 film Death Race.

He is portrayed by Jason Statham, who plays as Deckard Shaw in the Fast & Furious franchise.

In 2012, the collapse of the US economy and the subsequent increase in crime rates leads to the rise of privatized prisons. One such prison is Terminal Island Penitentiary, whose warden, Claire Hennessey, earns her profits by broadcasting a modern gladiator game participated by the prisoners. In the game "Death Race," the racers, along with their navigators, compete in a 3-part race over 3 days on a closed track. The track is littered with pressure plates that activate either the cars' offensive weapons, defensive equipment or deadly traps. Any racer winning 5 races will be granted freedom.

Towards the end of one race, a masked driver nicknamed Frankenstein is nearing the finish line, pursued by his rival Machine Gun Joe. His navigator, Case, reports that all his defensive equipment have malfunctioned. Against her protest, Frankenstein refuses to let Joe finish first. Case ejects herself out of the car just before Joe destroys it.

Industrial worker and former NASCAR driver Jensen Ames struggles to support his family. When the factory he works at is closed, and then he and his fellow angry workers are attacked by the arriving riot police/SWAT team, forcing them to fight back, he returns home to his wife and their new-born daughter, Piper. A masked assailant knocks him unconscious. Jensen wakes up with a bloodied knife in hand, and his wife lies dead nearby, just before policemen stormed into his home. He is arrested and sentenced to life imprisonment, while Piper is placed in foster care.

Six months later, Jensen is transferred to Terminal Island Prison. He immediately gets into a fight with Pachenko and his Aryan Brotherhood gang. Hennessey's right-hand man Ulrich calls Jensen to her office. She tells him that Frankenstein died from his injuries after the previous race, and offers to let Jensen go free if he impersonates Frankenstein to win one more race (as Frank already won 4). Jensen accepts the offer and meets Frankenstein's maintenance crew consisting of Coach, Gunner, and Lists.

On Day 1, Jensen meets his navigator Case. Jensen's defensive equipment again mysteriously malfunctions. Under attack by Travis Colt, one of the other competitors, Jensen improvises and spills napalm over Colt's car, and Case ignites it with the cigarette lighter. Colt's car is then run into by Machine Gun Joe's. When Jensen sees Pachenko doing the same hand gesture as the masked assailant, he is distracted and is hit by Joe, coming in last place. Day 1 ends with 3 racers dead (Siad, Grimm and Colt) and 6 remaining. After a conversation with Hennessey and another fight with Pachenko, Jensen deduces that Hennessey ordered Pachenko to frame Jensen, so she can have a replacement for Frankenstein.

On Day 2, Jensen confronts Case about the malfunctions. Case admits she sabotaged Frankenstein's car to keep him from winning and leaving Death Race, in exchange for her release papers. Jensen tricks Pachenko into crashing, then leaves his car and kills Pachenko by snapping his neck. Hennessey then unleashes the Dreadnought, a newly-built heavily armed 18-wheel tanker, to thin out the racers and boost ratings. The Dreadnought kills three racers (Carson, Riggins and 14K), leaving only Frankenstein and Joe alive. Jensen contacts Joe and the two work together to trigger a trap which destroys the Dreadnought, much to Hennessey's shock and anger.

Hennessey asks Jensen to consider staying and racing as Frankenstein, in exchange for a life of comfort, but he refuses. She orders Ulrich to plant a bomb under his car, in case he wins. Knowing Hennessey has no intention of letting him go, Jensen plans an escape and talks to Joe.

On the final race, Hennessey deliberately keeps Jensen from activating his weapons and allows Joe to activate his. Jensen, Case and Joe destroy and drive through a weakened wall, which they discovered by examining footage of the previous race, and head for the bridge to the mainland. Hennessey activates the bomb, not knowing that it was removed and neutralized by Coach. The cars wreck the pursuing police cruisers, and a furious Hennessey dispatches attack helicopters. After the cars make it to the mainland and split up, the helicopters follow and corner Jensen's car. Case reveals that she had already received her release papers. She wears Frankenstein's costume, and Jensen jumps out of the car. Case is captured while Joe and Jensen escape on a freight train.

Hennessey, although furious about the losses, is happy about re-capturing "Frankenstein" and the race' success. She opens a congratulatory present from Coach, only to find the bomb planted on Jensen's car. Coach detonates the bomb, killing Hennessey and Ulrich for good.

With Hennessey and Ulrich's deaths, Jensen's name was cleared, then six months later, Joe and Jensen are shown working in Mexico as mechanics, and are reunited with Case and Piper. 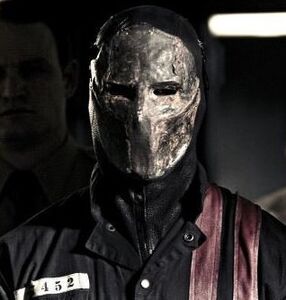 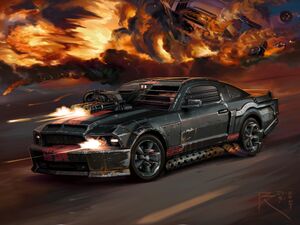 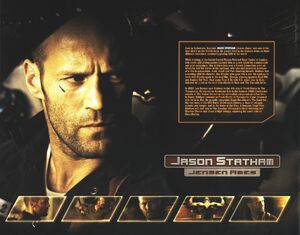 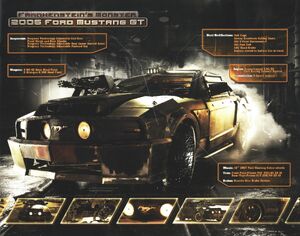