Jeong Jeong is a master firebender from Avatar: The Last Airbender.

He in the first season is asked by Roku to teach Aang firebending, but it doesn't go well. He escapes never to be seen until near the finale where it is revealed he is a member of the White Lotus. He fights the fire nation alongside everybody else. He is one of few that dislike their abilities, as he sees fire bending only destroys and consums. However, he comes to learn that firebending can be use to protect people. 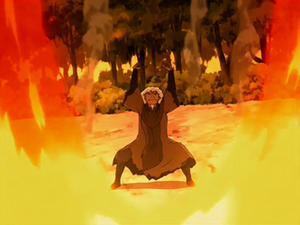 Jeong Jeong raised a fire wall to stop Zhao and his forces. 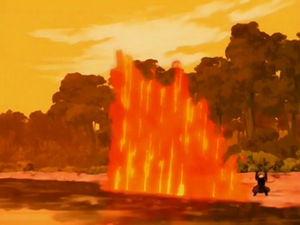 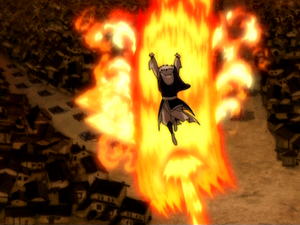 Jeong Jeong had the ability to suspend himself in the air with firebending while simultaneously producing powerful firewalls.
Add a photo to this gallery

Retrieved from "https://hero.fandom.com/wiki/Jeong_Jeong?oldid=1902502"
Community content is available under CC-BY-SA unless otherwise noted.