Umineko: When They Cry

Jessica Ushiromiya is a heroine from Umineko: When They Cry who is the daughter of Krauss and Natsuhi. She is eighteen years old and is not interested in matters of the family inheritance. She dislikes her parents at times, but still shows concern for them. If Krauss does inherit the Ushiromiya family fortune, she will become the heiress of the Ushiromiya family (strictly speaking, a future husband).

Jessica loves to cosplay and sing at various concerts. She is also a playable character in Ougon Musou Kyoku.

In the original Japanese dub, she is voiced by Marina Inoue, whom also voiced Yoko Littner from Tengen Toppa Gurren Lagann. In the English dub, for the upcoming Umineko When They Cry: Gold Edition, she is voiced by Brittney Karbowski.

Jessica is a very pretty young girl. Her blonde hair is rather curly and usually tied up in a ponytail. Her eyes are black in the original Visual Novel, but became somewhat greyish-blue in the anime and clearer blue in the PS3 version. She has a fair skin and a slender figure. Most of the time, she wears a blue jacket with a white blouse and a red tie underneath, combined with a red miniskirt, knee-length sockings and black shoes. She wears the One-Winged Eagle on her sleeve. Her sleeves are somewhat over her hands in all of the series.

Role in the Games

Legend of the Golden Witch

Even though she was beckoned to the long-awaited Golden Land, all the magic ended up vanishing because of one fool who didn't believe in the Witch.

Afterwards, she was torn to pieces and eaten by the demons, and went to hell.

Turn of the Golden Witch

She was found in her own room inside the mansion, with an icepick-type murder weapon piercing her back.

At least in her last moments, she was together with the person she loved so much. She surely was happy.

Banquet of the Golden Witch

She was surely joined with Kanon in the Golden Land. They both apologized for their cowardice, and communicated their true and honest feelings. And they hugged each other until the last moment.

Afterwards, she was chewed to pieces by the demons, and went to hell. It's alright. Kanon is with her.

Alliance of the Golden Witch

Her body was found in her room on the second floor of the mansion. Her head was half destroyed. It is probably appropriate to think that she was murdered with something like a powerful gun.

She was smashed by her own attack due to George's counter-offensive specialized barrier.

End of the Golden Witch

Her body was discovered in the cousins' room on the second floor of the guesthouse. The direct cause of death is unknown, but her neck was slashed open by a sharp knife. The wound is very deep, so anyone can easily see that she definitely died.

Dawn of the Golden Witch

Alive by the time of game's suspension.

Requiem of the Golden Witch

She has been killed by Kyrie. After Kyrie missed a shot in her head, Kyrie smashed Jessica's face with the rifle.

Twilight of the Golden Witch

In Bernkastel's game she survives till the end and is killed by Rudolf, Kyrie, and Battler. 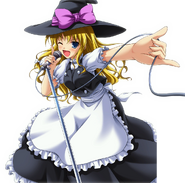 Retrieved from "https://hero.fandom.com/wiki/Jessica_Ushiromiya?oldid=1813548"
Community content is available under CC-BY-SA unless otherwise noted.