Jesus Christ (Passion of the Christ)

To save everyone from sin. (succeeded)

He was portrayed by Jim Caviezel, who also portrayed Edmond Dantès in the 2002 adaptation of The Count of Monte Cristo.

As the movie begins, Christ finds himself tormented in the Garden of Gethsemane not only by by Satan, but also by the knowledge that he will soon be arrested and delivered into the hands of the authorities. Christ steadfastly ignores Satan as the latter tries to talk him into abandoning his God-given task of sacrificing his life to redeem mankind.

Soon a crowd of people arrived to arrest Christ, led by his disciple Judas Iscariot. One of his disciples tried to prevent the arrest by slicing off the ear of a servant, but Christ healed the young man, who knelt in the garden as Christ was led away. As Christ was being led to met with the priests the soldiers began to beat him.

Over the next 12 hours Christ was subjected to horrific torture and abuse. After determining that they could not take care of the matter themselves the high priests first sent Christ to the Roman Governor Pontius Pilate. Pilate demanded to know why the priests had beaten Christ so badly before sending him on to King Herod. Herod however decided that this was really a Roman matter and sent Christ back to Pilate.

Pilate questioned Christ at length, asking if he was the King of the Jews. Christ responded that's what was being said of him, and that he had been born into the world to spread the truth. Pilate was troubled by this, and asked his wife if she would know the truth if it was spoken. Pilate worried over the reaction his handling of this young man would provoke given his delicate relationship with Tiberius Caesar.

Pilate had Christ scourged. The Romans were so brutal in the torture that they inflicted on Christ that Pilate himself intervened to keep them from killing him. One centurion in particular was quite brutal towards Christ. Pilate tried to talk the high priests out of executing Christ, but at last washed his hands of the matter and condemned Christ to death.

Christ was led away from Pilate's fortress towards Calvary. The Roman soldiers continued to heap much abuse on him. When Christ was physically incapable of proceeding further, the Romans pressed a man named Simon of Cyrene into helping Christ carry the cross towards Calvary. Simon protested the abuse that the Romans continued to inflict upon Christ.

During this time Christ had flashbacks to earlier experiences in his life. This included building a new type of table that his mother Mary said would never catch on with the people. He also had flashbacks to the last supper with his disciples.

Finally the procession reached Calvary, and Christ was nailed to the cross. After some minutes of agony, Christ finally died from his injuries. At that moment Satan was cast back into hell, screaming in defeat.

Three days later the rock that had been placed over Christ's resting place slid back. As the burial cloths began collapsing, Christ stood and watched for a few minutes. Except for the holes punctured in him at the crucifixion, Christ was completely healed of all the injuries that had been inflicted on him during the last 12 hours of his life. 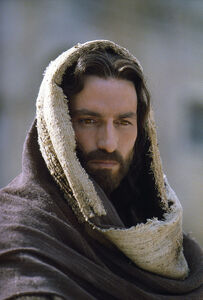 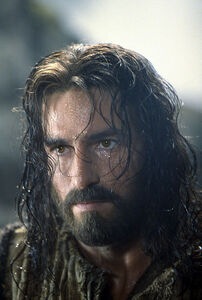 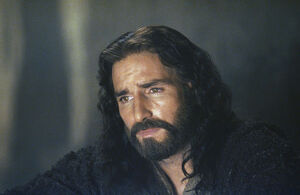 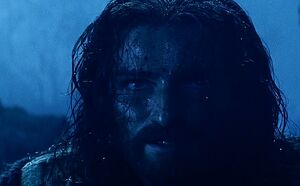 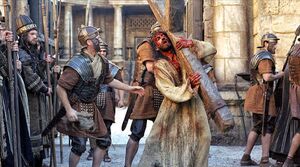 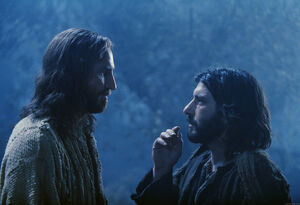 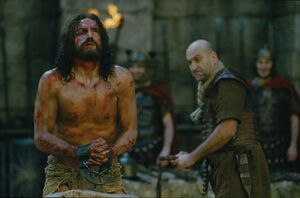 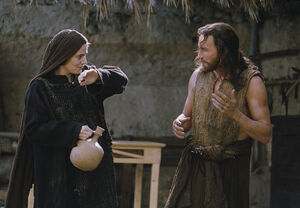 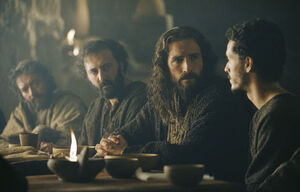